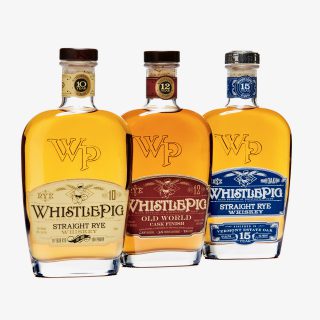 NEW YORK & SHOREHAM, Vt. — WhistlePig, the No. 1 distiller in the fast growing, ultra-premium and luxury rye whiskey category, today announced a partnership with BDT Capital Partners, a merchant bank that provides family- and founder-led businesses with long-term, differentiated capital. BDT invested through a structured equity investment that includes a significant minority common equity stake. The partnership with BDT provided WhistlePig the opportunity to offer liquidity to all shareholders, including Raj Bhakta, one of the original founders who retired from the business in 2017 and has now fully exited his remaining stake. The vast majority of other investor partners, several of whom have been with WhistlePig for more than 10 years, will remain investors in the company.

Since its founding in 2008, WhistlePig has been at the forefront of the revival of the rye whiskey category, with a portfolio that includes some of the most decorated, innovative and highest aged ultra-premium and luxury American whiskeys. In 2017, WhistlePig won the “Best in Show Whiskey” title in blind tasting at the prestigious San Francisco World Spirits Competition. In 2010, the company received the highest rating given to a rye whiskey for its 10-Year Old Straight Rye Whiskey with a 96 rating by Wine Enthusiast which was only surpassed by a 97 rating for its 15-Year Old Straight Rye Whiskey given in 2016.

“We remain committed to crafting and aging the world’s finest and most enjoyable rye whiskeys and believe our partnership with BDT will allow us to further accelerate our growth and momentum in the fast-growing, ultra-premium American whiskey category,” said Jeff Kozak, WhistlePig’s CEO. “2018 was another stellar year for WhistlePig, with our revenues growing by more than 40 percent, more than twice the category, and our operating cash flow close to doubling, allowing us to further expand our distillery and build out our inventory of high quality and aging whiskey as well as expand our distribution. Also, BDT’s experience partnering with founders and entrepreneurs of some of the world’s most iconic brands, their long-term focus as well as their network of successful global business owners, will help us further accelerate our future growth potential.”

“We are thrilled to have BDT as a partner, enabling us to continue as patient stewards of our revered brand and aging whiskey portfolio, and to solidify our position as the pre-eminent, ultra-premium and luxury American whiskey distiller,” said Wilco Faessen, WhistlePig’s co-founder. “This partnership is another important step in WhistlePig’s transition from a startup to a leading craft distiller. In addition to getting the right partner in BDT, we are very pleased and grateful that the hard work of many contributors over the last ten years has created tremendous value for our long-term investors.”

“WhistlePig is a dynamic company with a world-class brand, high-quality product and strong leadership team,” said Byron D. Trott, chairman and CEO of BDT Capital Partners. “We look forward to partnering with Jeff Kozak, Wilco Faessen, the board and their talented management team to help build upon the growth and innovation of this business and further expand the brand both in the U.S. and around the world.”

Founded in 2008, WhistlePig is the premier aged rye whiskey, featuring the bold and often untapped flavor of rye. WhistlePig is leading a surge of innovation in the emerging field of North American whiskey. As the most decorated rye whiskey – having received the coveted ‘Best in Show Whiskey’ title from the 2017 San Francisco World Spirits Competition, WhistlePig is widely viewed as the world’s finest Rye. With the opening of its distillery on its 500-acre Vermont farm in the fall of 2015, WhistlePig has also become one of the leading farm-to-bottle rye whiskeys in the world.

BDT Capital Partners provides family- and founder-led businesses with long-term, differentiated capital. The firm manages more than $9 billion across its investment funds and $4.6 billion of co-investments from its global limited partner investor base. The firm’s affiliate, BDT & Company, is a merchant bank that works with family- and founder-led businesses to pursue their strategic and financial objectives. BDT & Company provides solutions-based advice and access to a world-class network of business owners and leaders.