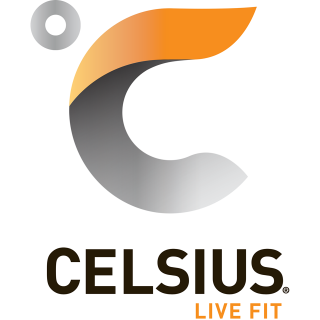 The Kiwi-Guava-Lime flavored, On-The-Go Powdered Sticks launched exclusively with Walmart. This new flavor is in addition to their Berry and Orange flavored powdered sticks already available at 2,750 locations and follows the company’s initial launch of their CELSIUS line at 1,500 Walmart locations announced in March of this year.

On-The-Go Powdered Sticks sales have continued to increase significantly and the new flavor brings the total SKU’s for the line to six. In addition to the Walmart launch of the new flavor, the company has expanded distribution for On-The-Go sticks with additional retailers including over 1,200 Publix grocery stores with five SKU’s and new distribution through Europa, which services the gym channel, Vitamin Shoppe and HEB. On-The-Go Powder Sticks are increasing the CELSIUS usage occasion, with its versatile convenient packaging. In addition,the Company has seen a growing trend with consumers enhancing smoothies with this great tasting line as consumers look for more function out of the foods they consume. This product offer is truly disruptive and adds versatility to our portfolio as it also enables consumers to tailor the flavor and taste of CELSIUS to their specific preferences and liking.

Celsius also announced the expansion of their CELSIUS line with the addition of 1,100 Kroger locations in the beverage aisle across three new SKU’s. The company initially launched their drink line with Kroger in October of 2019 and now has seven to 10 SKU’s depending on the location, while also increasing in store marketing with secondary displays to highlight the continued expansion throughout the chain.

Celsius Holdings, Inc. (Nasdaq: CELH), is a global company with a proprietary, clinically proven formula for its master brand CELSIUS® and all its sub-brands. A lifestyle fitness drink and a pioneer in the rapidly growing performance energy sector, CELSIUS® has five beverage lines that each offer proprietary, functional, healthy-energy formulas clinically-proven to offer significant health benefits to its users. The five lines include, CELSIUS® Originals, CELSIUS HEAT™, CELSIUS® BCAA +Energy, CELSIUS® On-the-Go, and CELSIUS® Sweetened with Stevia. CELSIUS® has zero sugar, no preservatives, no aspartame, no high fructose corn syrup, and is non-GMO, with no artificial flavors or colors. The CELSIUS® line of products is Certified Kosher and Vegan. CELSIUS® is also soy and gluten-free and contains very little sodium. CELSIUS® is backed by six university studies that were published in peer-reviewed journals validating the unique benefits CELSIUS® provides. CELSIUS® is sold nationally at Target, CVS, Walmart, GNC, Vitamin Shoppe, 7-Eleven, Dick’s Sporting Goods, The Fresh Market, Sprouts and other key regional retailers such as HEB, Publix, Winn-Dixie, Harris Teeter, Shaw’s and Food Lion. It is also available on Amazon, at fitness clubs and in select micro-markets across the country.