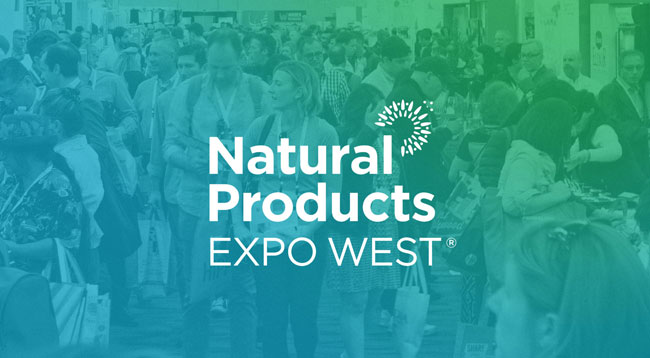 Yesterday evening, Natural Products Expo West 2020 owner New Hope Network announced it would postpone the annual trade show amid growing consternation over the spread of the COVID-19 virus. The decision to push back the highly anticipated event, which was expected to bring nearly 90,000 people to the Anaheim Convention Center in California, came after a significant number of attendees — including brands, retailers and investors — pulled out of the show out of concern over the viral epidemic.

Earlier today, New Hope Network released an updated statement on the event’s postponement in which it asked for the natural products’ community to “allow us time to determine the appropriate next steps to enable all of us to navigate this unprecedented situation together.”

The company also restated its intention to deliver an Expo West event by this summer, while acknowledging that ongoing developments with COVID-19 will continue to impact planning. New Hope voiced optimism that Expo East 2020 in Philadelphia will serve as “a particularly good opportunity to fill some of the void” created by Expo West’s postponement.

Prior to the postponement on Monday, as much as 60% of attendees had informed New Hope they planned to skip this week’s event. But many others — including early stage entrepreneurs — were surprised by New Hope’s late decision. For many, the news came after they had already arrived in Anaheim, and for some — such as Pillars Yogurt CEO Eric Bonin — mid-flight.

Oregon-based coffee and cascara maker Riff Cold-Brewed had already scaled back its Expo West plans due to coronavirus concerns, co-founder and CEO Paul Evers said. Many Riff employees were concerned about contracting the virus and later infecting their families, he said. Because Evers was one of the only employees without young children he traveled to Anaheim alone to represent the brand, which was scheduled to compete in the event’s Pitch Slam.

“We feel like we’re in the group of brands who were hit hardest by this,” Evers said. “It’s the biggest investment of the year for trade shows and you plan everything around Expo West…. I think we feel that definitely that New Hope did the right thing, I just wish they had been able to make that decision sooner so we would have a better opportunity for planning.”

Beauty Gourmet co-founder and CEO Kris Ravenscroft, who arrived in Anaheim yesterday, said she felt like she “almost didn’t have a choice” about attending due to the intensive financial costs — which included not just attendance fees but travel and over $6,000 on shipping the brand’s booth. Beauty Gourmet, she said, is currently raising money and had expected to meet with investors during the show.

“It was like a kick in the gut to be honest,” Ravenscroft said of the postponement. “If you’re asking how I feel about this right now it’s a huge loss for us … the costs that we can’t get back are for us, as a small brand, an astounding amount of money. So in that case it’s debilitating in a way, but I am super hopeful about what’s happening next. I think the show will regroup, the community’s been amazing, and we have people spreading around our predicament and also our product.” 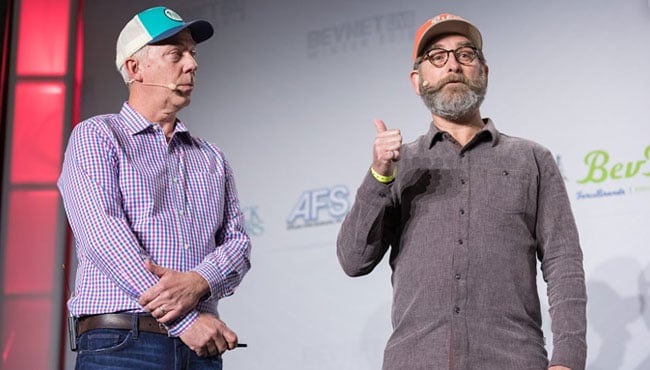 For other brands, the postponement threw a wrench in major news announcements. Laura Jakobsen, founder and ‘Chief Rioteer” at Tea Riot, said the company intended to announce a major pivot as the brand focuses on a new tea-based energy drink platform. She noted that without Expo West, it will be more difficult for the brand to spread the word to retailers about the new products.

Rachel Kay, president of Rachel Kay Public Relations — which represents 26 brands that intended to exhibit at Expo West including Country Archer, Elmhurst 1925, SkinnyDipped and Chloe’s — said that many of her clients had intended to launch new innovations at the show and are now working to readjust their strategy for announcing new products. Some companies, she said, have had to alter the timing of announcements while others intend to release news this week through press and social media channels.

“[The] goal is to hopefully have all the same media interest and exposure, just from a virtual standpoint,” Kay said.

Zubin Mehta, co-founder and CEO of snack brand UNION, said postponing the event “was the right thing to do” but said he worried about “sunk costs.” Nick Desai, CEO of PeaTos said he was frustrated by the wave of pull outs from brands and retailers, saying that he believed the panic around COVID-19 was an overreaction and noted attendees were more likely to catch a more common strain of flu than the coronavirus.

As early stage brands have struggled with the financial burden the postponement has placed on them, the larger community — both on the ground in Anaheim and online through social media channels such as LinkedIn — has rallied to support entrepreneurs who had invested heavily in the event.

Both Evers and Ravenscroft said that despite altered circumstances they are still keeping meetings and making new connections with others who had arrived early in Anaheim. According to conversations with industry veterans, a sense of solidarity among would-be attendees has formed. Elliot Begoun, founder of accelerator program The Intertwine Group (TIG), said he and several friends held what he called an impromptu “pre-apocalyptic pity party” last night as both a community event and networking opportunity.

On LinkedIn yesterday, Begoun created a form to collect info from companies which will be circulated to investors, retailers and other industry veterans to help connect new entrepreneurs with the people and companies they had intended to meet during Expo.

“For the early stage brands, this is their Super Bowl,” Begoun said. “The emotions range from being crushed to angered to scared. I think a few people are fairly scared if they don’t have those meetings with retailers or investors how far behind does it put them? But the thing that is emboldening to me is the way the industry is rallying behind these brands and trying to help.”

Speaking to BevNET, Robb said he wanted to give small companies a platform to be seen by the industry and that the post quickly gained traction — gathering over 20,000 views in the first few hours. For New Barn itself, he said, the postponement did not pose a major setback as the company — which scaled back its retail presence in December to focus on a broader omnichannel strategy — had downsized its presence at the show. The company was set to only appear in the Fresh Ideas Tent, with Robb noting he intended this year’s event to be the brand’s final Expo appearance (going forward, however, New Barn still plans to attend trade shows focusing on restaurants and other channels).

But more established emerging brands are also feeling the brunt of the postponement. Orion Melehan, co-founder and CEO of LifeAID Beverage Company, said the company — which printed up a few thousand LifeAID branded face masks as part of the macabre run-up to the cancellation — had spent roughly $100,000 on the show between booth fees, promotions and travel and is currently unsure how much it will be able to recuperate. He criticized the lack of transparency from New Hope leading up to the event and said he felt its initial refusal to offer refunds added to the frustration many companies felt about the postponement.

“I think if Expo recognized the growing issue and perception of the coronavirus they could have taken some better precaution to temper people’s concerns,” Melehan said. “Now there’s just a lot of companies with a lot of out of pocket costs and whether they’re recoverable or not it’s going to be a hit to working capital.” 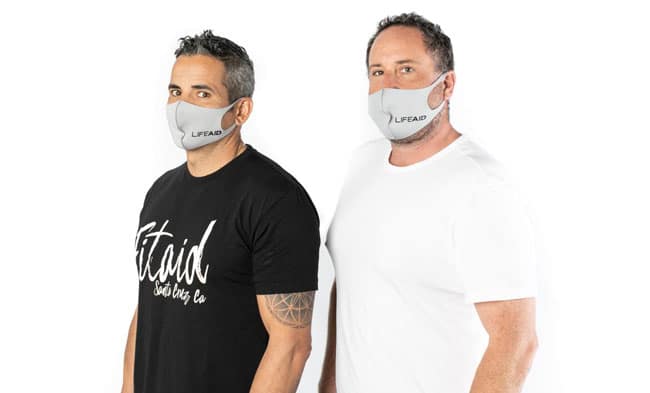 Investment bank Whipstitch Capital today released the deck of its “Healthy Living Consumer Products” industry analysis presentation, typically delivered live during Expo West. Whipstitch managing director Mike Burgmaier told BevNET that in addition to impacting small brands, the postponement makes it more difficult for the larger industry from being able to identify trends and changes to the marketplace; “A lot of these new innovations and changes are just unknown at this point and the barriers to get them out to the broader public have increased tremendously,” he said.

For some in the industry, the postponement now presents an opportunity for counter-programming with smaller events. Brand consultancy firm GoodDog and NextWorld Evergreen announced a “NorCal Alt-Expo” to be held on Thursday at NextWorld’s San Francisco office, Naturally Austin has planned a Happy Hour event at Meet At Relay in Austin, Texas and in Minnesota, the Center for Pollinators in Energy at Fresh Energy will host a gathering for would-be Expo West exhibitors and attendees at 56 Brewing in Minneapolis.

In Southern California, beverage incubator L.A. Libations will host an open house for brands, distributors, retailers and investors on Wednesday at its office in El Segundo. L.A. Libations co-founder and CEO Danny Stepper said the company had planned to have 10 booths at the trade show but, as retailers began to pull out, he prepared for a full cancellation to follow. While he noted the open house event will be done “safely” in light of coronavirus concerns, nevertheless “the show must go on.”

“We see adversity and risk all the time and we’re not quitters,” Stepper said. “I was raised in the Coca-Cola Company in the 1990s and by Hollywood — I was raised by wolves. Relentless hustle is a core value for us and we’re not going to let anything stop us.”

But with relentless hustle, there’s also compassion. Stepper added that in his conversations with fellow industry veterans, there is a significant push to find ways of promoting the small, early-stage companies that feel they are now eating the financial costs from the show.

“I think a lot of retailers feel terrible and have a lot of empathy for the entrepreneurs,” he said. “It’s not a tough luck sort of deal, there’s a lot of good will to make time and make good for the fact that this is happening. Sometimes it takes a breakdown to have a breakthrough for a lot of these brands.”