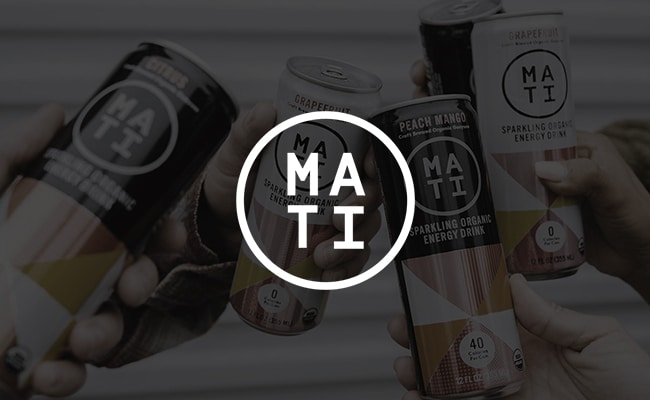 North Carolina-based organic beverage maker MATI Energy has shut down production as it prepares to cease all operations, the company announced on its website and social media channels on Friday.

Reached today by BevNET, MATI CEO Eric Masters said the decision to shutter the company was made within the past two weeks after attempts to secure new funding to sustain operations failed. According to Masters, the brand had shown signs of growth over the past year, but it was unable to achieve positive cash flow and ultimately “ran out of time.”

“We were making quite a bit of progress on a number of fronts, we were definitely turning around the brand,” Masters said, noting MATI had recently expanded within Whole Foods Market and opened all UNFI distribution centers nationwide. “The fact was, while we were growing, we were not growing quite fast enough. The sightline and timeline to getting to be cash flow positive was still extended.”

MATI was sold in about 2,000 retail stores nationwide, including three regions of Whole Foods, The Fresh Market, Earth Fare and Sprouts. At its peak, Masters said, the brand had 20 full time employees.

According to Masters, the company is “exploring all avenues going forward” including a potential sale of the brand intellectual property. MATI is selling its remaining inventory through its existing retail partners and online; Masters noted since Friday the brand has seen a sharp rise in direct-to-consumer orders.

Masters, a former Coca-Cola executive who joined MATI in July 2018, said the company had long struggled in a crowded energy category where natural and better-for-you products are still emerging. Under his leadership, the company rebranded its full product line at the end of 2018, adding organic certification, and last year released a line of zero calorie flavors in a move to reach new consumers.

“I think there’s a variety of factors [that led to the company’s closure],” he said. “We were trying to work through some of the turnaround requirements and at the same time there were new entrants, there are deep-pocketed folks out there [entering the category] and it’s a difficult category that is still emerging. But from a consumer trend standpoint I still absolutely believe healthy energy is where things are going to continue to go.”

MATI was founded in 2012 by Tatiana Birgisson while an undergraduate student at Duke University. She served as the company’s CEO until January 2018. According to LinkedIn, Birgisson is currently an associate for implementation at management consulting firm McKinsey & Company.

Masters told BevNET he will remain with MATI for the near future until operations cease.

“It’s going to take a while to wind things down here,” Masters said. “After that I probably will take some time to decompress, take a deep breath and then figure out what’s next.”