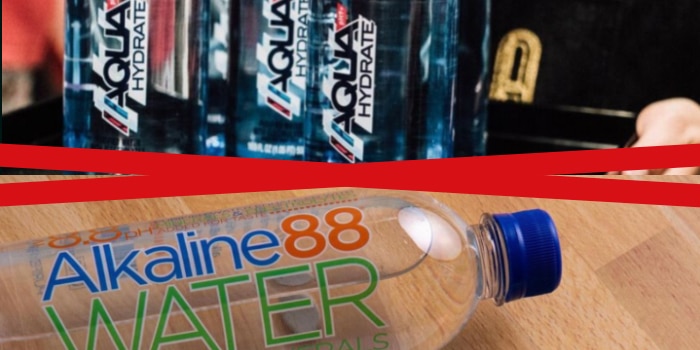 The Alkaline Water Company Inc. has terminated its proposed acquisition of bottled water maker AQUAhydrate, the company announced today in a press release.

According to terms of the acquisition agreement, which was announced in September, both companies had the right to terminate the deal if the agreement was not finalized by January 31. A U.S. Securities and Exchange Commission (SEC) filing showed the initial deadline for the merger was October 31, but was extended in November.

The termination was revealed in a release announcing the publicly traded company’s plans to launch an ecommerce platform for CBD-infused wellness products, with the AQUAhydrate news included below the headline.

“The termination of the transaction with AQUAhydrate allows us to focus all of our attention and resources on the core strategy of growing our flagship Alkaline88 brand and our A88CBD brand,” president and CEO Richard Wright said in the release. “We view the launch of our portfolio of CBD infused topical products as a massive opportunity for the Company, and we can now fully focus on pursuing the growth of Alkaline88, A88 Infused Flavors, and A88CBD.”

Reached by BevNET, a representative for The Alkaline Water Company declined further comment, noting the company is in “a quiet period” imposed by SEC rules until Monday, February 10.

Reached via email, AQUAhydrate director of brand & innovation Raz Inserra said the company will continue to operate as an independent entity.

“We will remain focused on company growth and the launch of innovation this Spring,” Inserra wrote.

Per the initial agreement, AQUAhydrate shareholders were to receive 19,565,217 shares of common stock in The Alkaline Water Company, plus any shares to be issued in connection with the acquisition. Key investors and brand ambassadors — among them celebrities Mark Wahlberg, Sean “Puffy” Combs and Jillian Michaels — were to be subject to two-year escrow agreements.

The Alkaline Water Company will launch its CBD ecommerce platform, A88CBD.com, later this month. The company partnered with Youtech & Associates to develop the website and will sell cannabidiol-infused salves, balms, lotions, essential oils and bath salts.