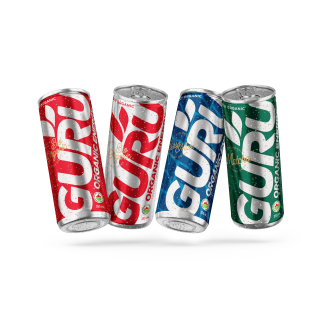 MONTREAL – GURU Organic Energy Corp. announced that it has entered into an agreement with a syndicate of underwriters co-led by Stifel GMP and CIBC Capital Markets (together, the “Co-Lead Underwriters”, and collectively with the syndicate of underwriters, the “Underwriters”), pursuant to which the Underwriters have agreed to purchase from the Company 1,100,000 common shares of the Company (the “Treasury Shares”), and from Messrs. Joseph Zakher, Founder and Executive Chairman of the Company, Eric Graveline, Director of the Company, and Carl Goyette, President and Chief Executive Officer of the Company, or their respective holding companies (collectively the “Selling Shareholders”), an aggregate of 2,187,500 common shares of the Company (the “Secondary Shares”, and collectively with the Treasury Shares, the “Offered Shares”) for an aggregate of 3,287,500 Offered Shares at a price of $16.00 per Offered Share (the “Offering Price”) for gross proceeds of approximately $17.6  million to the Company and $35.0 million to the Selling Shareholders (the “Offering”).  Including the Private Placement described below, the Company will receive gross proceeds of approximately $50 million.

Concurrent with the Offering, the Company is executing a brokered private placement of approximately 2 million common shares, at the Offering Price, for aggregate gross proceeds of approximately $32 million, to a group of institutional investors (the “Private Placement”).

The Offered Shares will be offered by way of a short form prospectus to be filed in all of the provinces of Canada. The Company intends to use the net proceeds from the Offering and Private Placement primarily to fund brand supporting marketing initiatives in Canada and the United States. The Offering is expected to close on or about July 6, 2021 and is subject to certain conditions including, but not limited to, the receipt of all necessary corporate and regulatory approvals, including the approval of the Toronto Stock Exchange and the applicable securities regulatory authorities.

Following the closing of the Offering and Private Placement, the Selling Shareholders will hold approximately 16 million common shares, representing approximately 49.3% of the issued and outstanding shares of the Company (prior to the exercise of the Over-allotment Option).

Carl Goyette, President and CEO of GURU, commented: “We are encouraged by the investor support we have received for our growth strategy. Demand for our products remains robust as we seek to clean up the energy drink industry and expand our brand across Canada with the help of our new distribution partner.”

The securities being offered have not been, nor will they be, registered under the United States Securities Act of 1933, as amended, and may not be offered or sold in the United States or to, or for the account or benefit of, U.S. persons absent registration or an applicable exemption from the registration requirements. This press release shall not constitute an offer to sell or the solicitation of an offer to buy nor shall there be any sale of the securities in any State in which such offer, solicitation or sale would be unlawful.

GURU Organic Energy Corp. (TSX: GURU) is a dynamic, fast-growing beverage company launched in 1999, when it pioneered the world’s first natural, plant-based energy drink. The Company markets organic energy drinks in Canada and the United States through a distribution network of more than 21,000 points of sale, and through guruenergy.com and Amazon. GURU has built an inspiring brand with a clean list of organic plant-based ingredients. Its drinks offer consumers good energy that never comes at the expense of their health. The Company is committed to achieving its mission of cleaning up the energy drink industry in Canada and the United States.