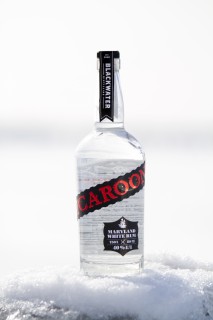 “Picaroon is an old word for rogue or scoundrel,” said CEO Christopher Cook. “We’ve really gone against the grain and created a different rum, and we wanted the name to reflect that brash, uncompromising character. Picaroon makes no compromises, from the sugar and yeast we use in the fermentation, to the one-of-a-kind structured copper packing in our column still, to the carbon filtering we do to make it sippable neat or on the rocks—and you can tell that as soon as you put your nose to the glass.”

Marketing Director and Spirits Craftsman Andy Keller explained, “Rather than blackstrap molasses, which is what’s left over after the various desired grades of sugar and molasses are refined out of raw sugar, Picaroon begins with raw sugar—nothing added, nothing removed. We ferment the sugar at the tropical temperatures the yeast know best so we can get the tropical fruit and cream notes we really wanted to have in our rum.”

Distiller Jon Blair added, “Two things jump out about Picaroon. First is the sugar, which is a single-source cane syrup from Brazil. Second is the yeast, which is isolated from a strain that grows naturally on sugar cane in tropical regions. So what you taste in Picaroon is both an expression of the place where the sugar was grown and a yeast that has evolved naturally to ferment that sugar. In the white rum, you get a clean nose of tropical fruit and vanilla, followed by flavors of vanilla and cream and a sweet, lingering finish. For the gold rum, we make an in-house caramel from sugar cane grown entirely in the U.S. and blend that with the white rum at a higher proof for an added sweetness and a toasted marshmallow flavor.” 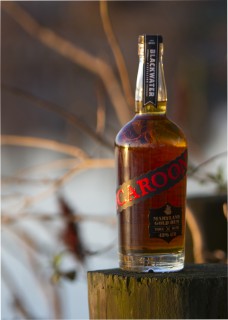 “When we founded Blackwater Distilling, we said we would never compromise on quality,” said COO Jon Cook. “That philosophy has garnered a lot of praise for our first product, Sloop Betty, which has received multiple gold medals and won ‘Best Vodka in Show’ at the New York World Wine and Spirits Competition in 2012. With Picaroon, we took the same approach, and we’re proud of the results. The white and gold expressions of Picaroon are both un-aged, but we’ve already started filling industry-standard, fifty-three gallon oak barrels in preparation for aged and premium dark expressions of the product.”

Blackwater Distilling products, including Picaroon Maryland Rum, Sloop Betty Handcrafted Vodka, and Sloop Betty Honey Vodka, are available to any licensed retailer in Maryland and the District of Columbia through Republic National Distributing Company (RNDC). Ask for them at your favorite bars, restaurants, and liquor stores!

Blackwater Distilling is located at 184 Log Canoe Circle in Stevensville, MD. The distillery is open regularly for tours and tastings. Please visit www.blackwaterdistilling.com for the latest tour hours and relevant information.

Combine ingredients in a cocktail shaker with ice, shake, and strain into a cocktail glass. Garnish with a slice of lime.

Fill a highball glass with ice, add all ingredients, and stir.

Combine ingredients in a cocktail shaker with ice, shake, and strain into a cocktail glass. Garnish with a cherry.

Combine all ingredients in a cocktail shaker with ice, shake, and strain into a cocktail glass. Garnish with a slice of ginger root.

Combine all ingredients in a cocktail shaker with ice, shake, and strain into a cocktail glass.

Picaroon means one thing — rogue — and Picaroon Maryland Rum is Maryland’s first uncompromising, “grass-to-glass” rum. Rather than blackstrap molasses, Picaroon is fermented from the juice of raw Brazilian sugar cane using yeast isolated from natural sugar cane fermentations in the tropics. The result is an extremely clean, creamy rum with notes of tropical fruit and cream, and a lingering, sweet finish.