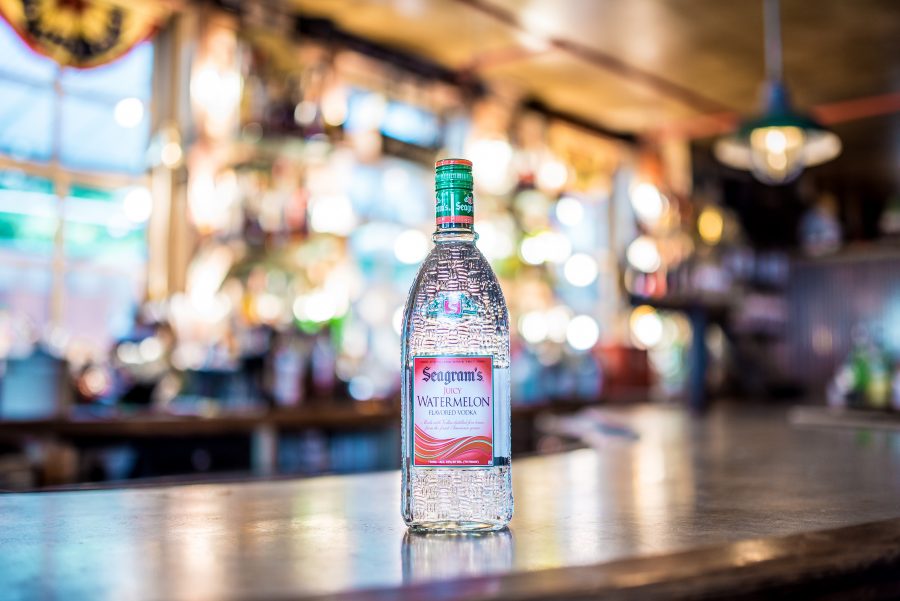 ALISO VIEJO, CA (June 1, 2017) – Seagram’s Vodka, distillers of quality and tradition since 1857,is pleased to announce the launch of watermelon flavored vodka – a refreshing, aromatic addition to this American-made vodka’s award winning portfolio.

Seagram’s Vodka is five-times distilled and produced with high-quality American grain to ensure a clean, extra smooth taste and no burn. With a proven history and trusted name, Seagram’s is staying true to its commitment to quality while capitalizing on the popularity of the fruit flavor trend with the launch of the watermelon flavor just in time for summer sipping and cocktail mixing.

Launching on the heels of Seagram’s Vodka’s recent introduction of Ruby Red Grapefruit andGolden Apricot flavors, Seagram’s Juicy Watermelon Vodka is refreshing, sweet and juicy with a smooth finish. This flavor is highly mixable and is sure to create an exceptional cocktail whether you’re hosting a backyard barbecue or lounging by the pool. After all, there’s no such thing as summer without watermelon.

In 2016, Seagram’s Extra Smooth Vodka was awarded a Double Gold Medal at the San FranciscoWorld Spirits Competition proving that Seagram’s continues to rank in appeal for vodka drinkers as a high-quality brand at a value price.

Distillers of quality and tradition since 1857, Seagram’s Vodka is five-times distilled and produced with high-quality American grain vodka to ensure a clean, extra smooth taste and no after-burn allowing Seagram’s to be served straight up or on the rocks. Seagram’s Vodka has been awarded countless accolades including, most recently Impact Blue Chip Brand, L.A. International Wine & Spirits Awards Gold Winner – Spirits Category / Best of Category Winner, and Double Gold at The San Francisco World Spirits Competition.