by the Ginger People

Review: Bottoms Up Ginger Beer: A Craft Beer Style Ginger Beer Made with a Craft Brewery 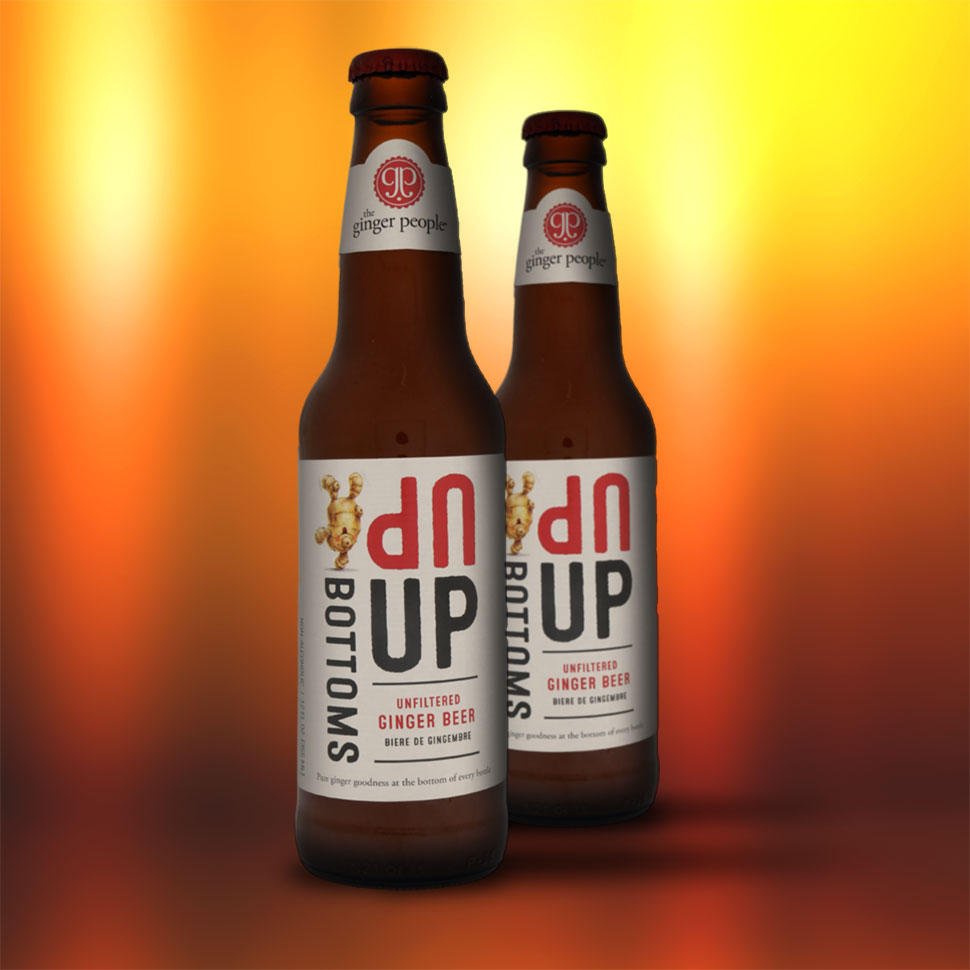 The Ginger People, which is a company that has long focused exclusively on ginger based food and beverage products, has partnered with Gordon Biersch Brewing Company to produce Bottoms Up, which was apparently designed with ginger beer purists in mind.

They call it an “unfiltered ginger beer” and it’s made with a super simple list of ingredients, including water, sugar, single original ginger, and citric acid. Having tried beverages from The Ginger People in the past, we were fully expecting something that crushes your palate with spicy ginger flavor. But that’s not the case. Instead, this product is clean, fresh, and balanced, which makes it great for both drinking straight and as a mixer.   We’re not sure how the ginger purist plays into this, but this formulation feels like it could have broad appeal.

The packaging is where the craft beer influence becomes a bit more obvious. Using a 12 oz. long neck amber bottle with a pry-off crown top, the product looks like the quintessential beer bottle. We’d say the same about the label, which, with its slightly distressed lettering, and wording (such as “biere de gingembre”) projects a craft beer vibe..

Putting all of this together, we think it’s an interesting approach to a craft soda product and one that definitely takes The Ginger People brand to a slightly hipper place than it has been in the past. And, perhaps more importantly, its pairing with a very clean, mainstream oriented formulation really feels like a recipe for success.