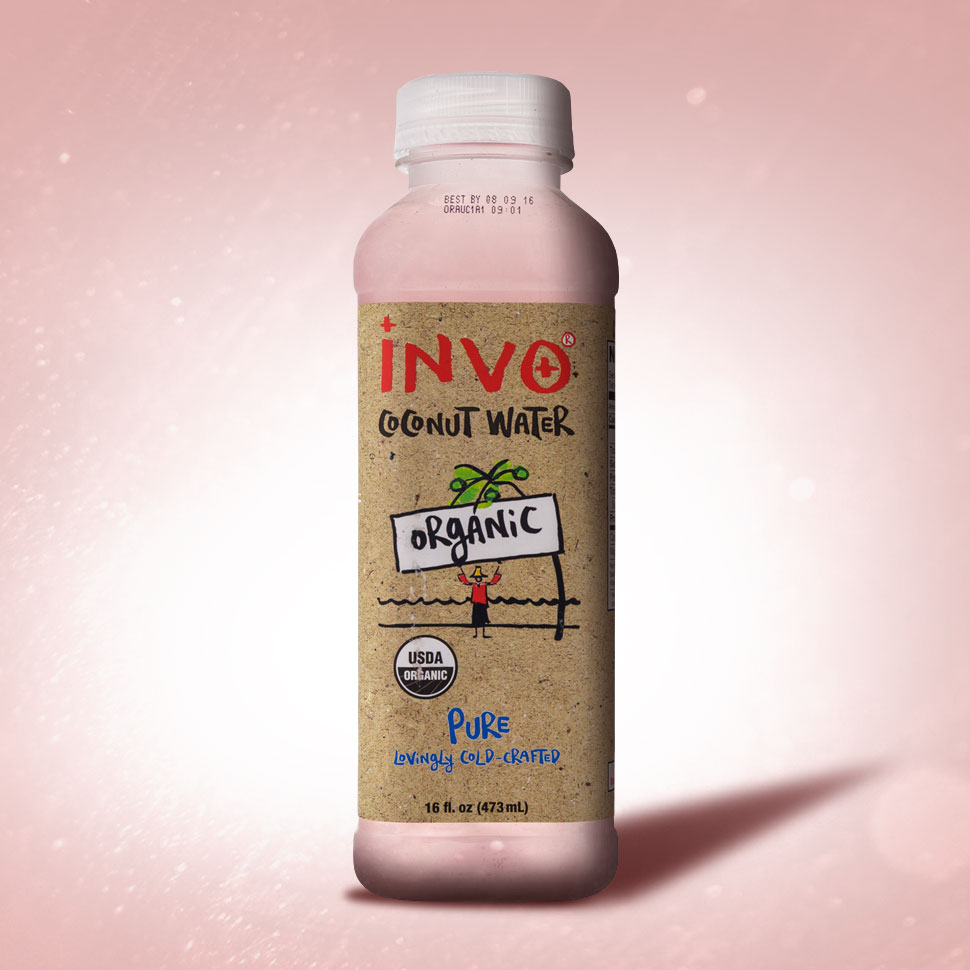 Invo, which is a company that has been producing conventional high pressure processed (HPP) coconut water for a few years, has finally made its way into the organic segment with this offering.

We say finally because it was, at least when they started, one of the few things that really separated Invo from the HPP coconut water market leader (Harmless Harvest). This left the brand competing on price, picking only from those consumers who were willing to forgo organic to save a little. That clearly didn’t work out so well, with Harmless Harvest continuing to have massive growth and Invo staying a rather small competitor.

While going organic may help Invo stay current and competitive, the market has changed quite a bit. There are more brands competing in the ultra premium coconut water space, including All Market, which owns  category leader Vita Coco. And, perhaps more importantly, this segment of the category has eliminated “raw” as an attribute, and there are now a variety of approaches to achieving the level of flavor required to play in this space.

As for the actual product, what Invo has created is definitely an enjoyable offering, albeit one that feels slightly commoditized. The coconut water, which has a pink hue to it, is sweet and salty and tastes quite similar to both their own conventional offering as well as other HPP coconut waters. The label follows a similar format to their other offerings, but with a tan texture in the background. It doesn’t really scream coconut water to us. The label is straightforward and easy to read, but we’re still left feeling like the Invo brand needs further development.

Here’s where we ultimately stand on this offering from Invo: the USDA Organic certification is something that elevates the brand’s proposition, but in the time that it has taken for Invo to get to this point, the climate in this category has evolved and being organic is somewhat expected rather than a point of differentiation. So what’s the solution? This is a question that looms for coconut water brands in general, especially since flavored coconut waters or products that use coconut water as an ingredient have failed to be extremely successful. But for Invo, we feel as though they first need to address their packaging and branding -- at least getting them to the point where they visually compete with the category leaders.