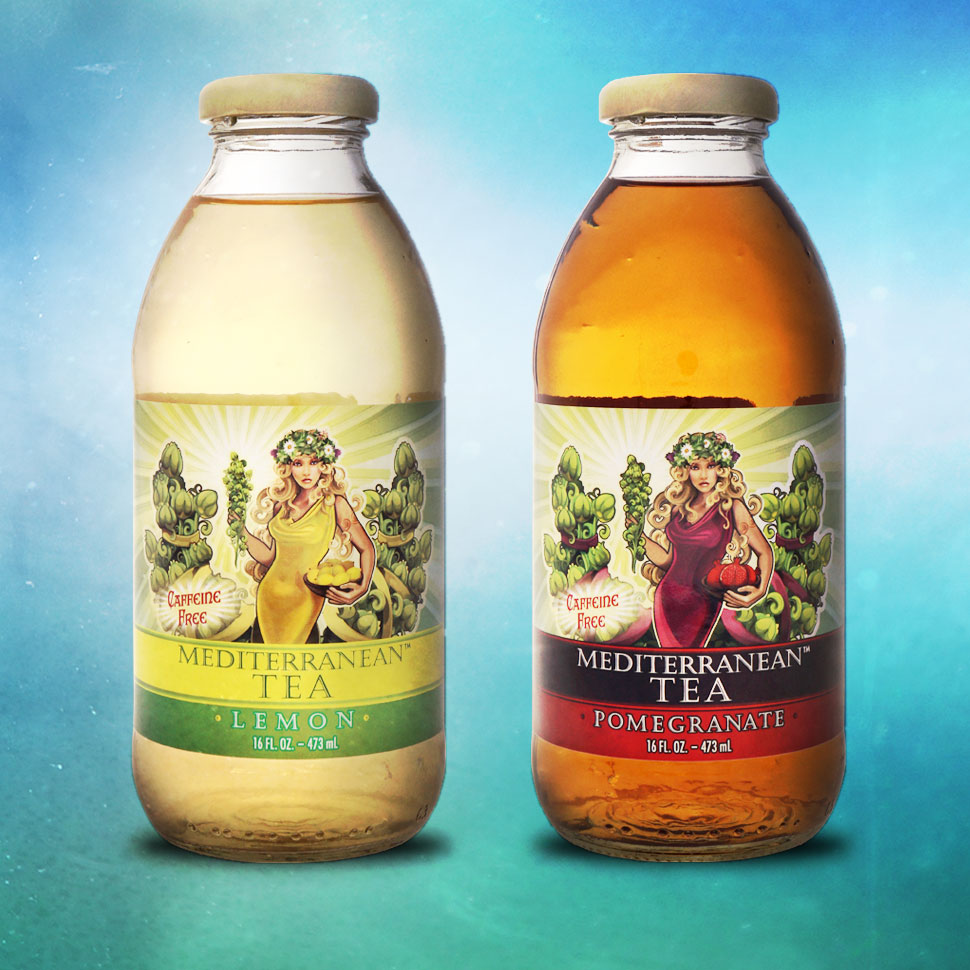 Mediterranean Tea is an upstart line of herbal teas that are made with the leaves of the sideritis plant, also known as “Mountain Tea” or ironwort. This ingredient is popular in Eastern and Central Europe as it is believed to have both digestive and immunity benefits.

What they’ve bottled up here for their first effort in the U.S. are two mainstream flavors. Both the Lemon and Pomegranate offerings taste familiar rather than overly unique, but you can easily pick these up and enjoy them without having any knowledge about mountain tea.  The Lemon variety, which has 2.4 percent juice from pears and lemons, is very light and clean. The body of the mountain tea is smooth and it lacks the tannic flavor you’ll find in many bottled teas. The Pomegranate variety has pear and pomegranate juices (3.34 percent juice), drinks a bit more like a juice cocktail than a tea and skews a bit too much towards the pear flavor.

While both of these are tasty and modest in calories (70 on the Lemon and 80 on the Pomegranate), we’re feeling as though the mountain tea is somewhat lost inside these formulations. Unlike other teas and herbal infusions that have their own distinct flavor, this doesn’t. And that leaves us feeling like we’d have a hard time wanting to come back to this product based on flavor alone.

Packaging and messaging also need some work. Between the stock 16 ounce tea/juice bottle and the liquid having the appearance of tea, the product definitely looks the part of the category. However, it’s really not clear what the product is, aside from it being an herbal tea and having fruit flavor. If they want to lure in consumers with the story of mountain tea, they need to figure out a way to start doing this on the front, rather than the back, of the bottle.

Ultimately, Mediterranean Tea has made what we view as a safe first effort to get their foot in the door. In order to tell the story and establish the brand, we think they’ll need to be more assertive in both the flavors and the packaging. Otherwise, this is a good product, but it’s not one that’s really going to engage consumers.