NEW YORK, NY (October 2, 2015) —Brockmans Gin, super premium, new-style gin, is hosting the next installment in its Gin MasterClass series at the legendary Dead Rabbit in New York City. The sixth event in this series, the MasterClass provides a historical and an educational look into Gin, past and present, including a tasting and mixology lesson lead by Brockmans Market Manager and spirits aficionado, David McNicoll. The MasterClass will take place on October 27, 2015 from 7-9 p.m. 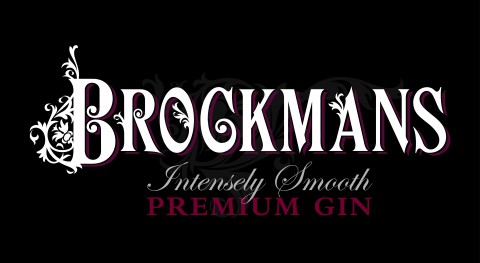 “Our MasterClass series has been extremely well received by bartenders and restaurateurs as an opportunity to get a hands-on lesson in the dynamic and evolving gin category,” explains Bob Fowkes, Co-Founder of Brockmans Gin. “Gin has become so much more than the original London Dry style. Through our MasterClass series, we have created a valuable platform for educating our trade partners on the contemporary role that new-style gin and Brockmans play in today’s cocktail scene.”

A unique and non-traditional gin, Brockmans is crafted using a signature botanical recipe with flavors including Bulgarian coriander, juniper from Tuscany and orange peel, topped with notes of mountain blueberries and blackberries. Each bottle is made by batch distillation conducted in traditional copper stills, resulting in a refreshing, one-of-a-kind taste that is distinctly Brockmans.

If you would like more information or are interested in attending the MasterClass at Dead Rabbit, please reach out to Kayla Joyce at BevBizPR@BevBizMarketing.com as soon as possible as seats are limited.

About Dead Rabbit Grocery and Grog

The Dead Rabbit Grocery and Grog was recently named the World’s Best Bar at the 2015 Tales of The Cocktail, where it also received the title of World’s Best Cocktail Menu. Co-founded by renowned barmen, Sean Muldoon and Jack McGarry, the esteemed New York City cocktail bar consists of the ground-floor Taproom offering an informal setting for craft beer, bottled punch and whiskeys of the world. The upstairs Parlor focuses on small plates, communal punch and 76 original cocktails and the third floor Occasional Room is designed for groups and private events.

Brockmans Gin is a super-premium, new style gin, which can be enjoyed neat over ice. Distilled in traditional copper stills, Brockmans balances a unique combination of traditional gin aromas, citrus, coriander and top notes of blueberries and blackberries to provide a refreshingly new gin taste experience. Based in the United Kingdom, Brockmans is now available in Massachusetts, New Jersey, Connecticut, Rhode Island and New York.