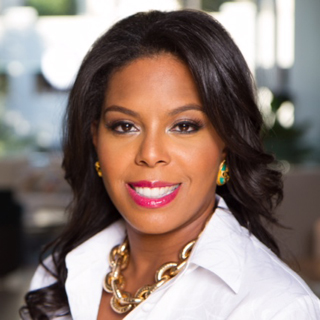 NEW YORK, Feb. 5, 2015 /PRNewswire/ — Sean Combs, Chairman and CEO of Combs Enterprises, one of the world’s leading entertainment companies today announced the appointment of Dia Simms as the new president of Combs Wine & Spirits, the premium spirits business he created in 2013.

As president of Combs Wine & Spirits, Dia will oversee Ciroc Ultra Premium Vodka, luxury tequila DeLeon and will lead the spirits innovation business for the company. An award winning industry executive, Dia has been a pivotal figure in Mr. Combs’ business empire for nearly a decade. Dia has been instrumental in making Ciroc an industry success and has led the brand’s growth efforts since its inception. Under her leadership, Ciroc was named one of America’s Hottest Brands by Advertising Age (2010) and Market Watch Spirit Brand of the Year (2011). She was also a key player in the acquisition of DeLeon Tequila in 2013 and the brand’s relaunch last fall and will report to Mr. Combs and Brian Offutt, Chief Operating Officer, Combs Enterprises.

States Sean Combs, “It has taken me over two decades to build Combs Enterprises into what it has become today and I couldn’t have done it without having a strong and talented team of executives around me. Dia Simms is among the best and brightest and someone who truly embodies the DNA of the Combs spirit — passion, ambition, hard work and excellence. I am proud of her accomplishments and am confident that she will continue to excel in her new role.”

“I am deeply grateful to Mr. Combs for this opportunity and am excited to work with the incredible team at Combs Wine & Spirits on the expansion of our spirits business.  We have had tremendous success with Ciroc vodka and the recent launch of DeLeon tequila gives us a strong position in the industry,” says Dia Simms, president of Combs Wine & Spirits.

Dia Simms began working for Mr. Combs in 2005 and quickly rose from her role as his assistant to Chief of Staff. Over the years she has held numerous roles as part of the Combs executive team including general manager of advertising and marketing firm, The Blue Flame Agency and most recently executive vice president, Combs Wine & Spirits.

Combs Wine & Spirits is a privately owned, premium spirits and wine business founded and created by Sean Combs in 2013. Based inNew York, the company is a joint venture partner with Diageo on DeLeon Tequila.