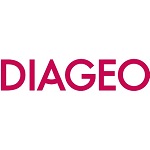 Diageo recently announced that Larry Schwartz, President North America would retire by the end of this calendar year. Today, Diageo has announced that Deirdre Mahlan, currently Chief Financial Officer, is to be appointed President Diageo North America. Deirdre’s replacement will be announced in due course and until that time she will continue in her current role as CFO of Diageo.

“Diageo North America is a strong business and we are determined to deliver on that strength. Today we announced a number of organizational changes in Diageo North America and I am delighted that we can also announce that Deirdre will be leading this change. Deirdre has been an exceptional CFO and has the skills, together with experience of the market, to lead the next stage of growth inNorth America“.

Tom Looney, currently president Diageo-Guinness USA has been appointed to the role of President, US Open and Control States.  Looney’s appointment combines Open and Control States leadership into one role and as the company continues to improve its commercial model.  Looney’s appointment follows the announcement that Mark Hubler, President Open States and National Accounts, will depart Diageo to Johnson Brothers Liquor Company effective July 31.

With more than 25 years’ experience in the alcohol beverage industry, Looney has most recently improved performance in Diageo’s US beer business. Prior to his current role, Looney was Chief Commercial Officer where he oversaw the pricing strategy, business analytics and commercial marketing functions across spirits, beer and wine for North America.  Looney has also held a variety of roles including General Manager of the Northeast Control Cluster, VP of Finance for both the Control Markets and the former Northeast In Market Company.

With more than two decades in the industry, Ivey began his career with Seagram’s and has held a number of sales and commercial roles since then.  He has been Chief Commercial Officer since 2013 and leads a team that includes Route to Market strategy, Commercial Marketing, Strategy and Analytics as well as Category Management.

Tom Day, currently Senior Vice President of Sales for Diageo-Guinness USA is promoted to the role of President, for DGUSA.  Day will also join the North America Executive Team.

In the two years he has been on Diageo’s beer business, Tom Day has worked arm in arm with Tom Looney to improve relationships with distributors and improve performance in beer.  Day’s appointment helps maintain consistency in leadership of DGUSA and important distributor relationships. Since he joined Diageo ten years ago, Day has had a number of Commercial and Finance roles in the former New England cluster and as VP of Sales for the Charmer Division.  Day began his career at Unilever.

Separately, Diageo announced that Claudia Schubert, President Control States is appointed to the role of General Manager, Continental Europe effective September 1 based in Amsterdam reporting to the President of Diageo Europe.

Editor’s Note: Except where noted all of these appointments are effective July 1 and report to the President, Diageo North America.

About Diageo
Diageo is a global leader in beverage alcohol with an outstanding collection of brands across spirits, beer and wine categories. These brands include Johnnie Walker, Crown Royal, Bulleit and Buchanan’s whiskies, Smirnoff, Ciroc and Ketel One vodkas, Captain Morgan, Baileys, Don Julio, Tanqueray and Guinness.

Diageo is a global company, and our products are sold in more than 180 countries around the world. The company is listed on both the London Stock Exchange (DGE) and the New York Stock Exchange (DEO). For more information about Diageo, our people, our brands, and performance, visit us at www.diageo.com. Visit Diageo’s global responsible drinking resource, www.DRINKiQ.com, for information, initiatives, and ways to share best practice. Follow us on Twitter for news and information about Diageo North America: @Diageo_NA.