Glendalough’s new whiskey offering is carefully crafted in small batches from a mash of malted barley and corn. It is aged in first-fill American oak bourbon barrels and progresses to double age in first-fill Spanish Oloroso sherry casks. The cask-strength whiskey is cut with pure mountain spring water with a high mineral content from the surrounding Wicklow Mountains before bottling. 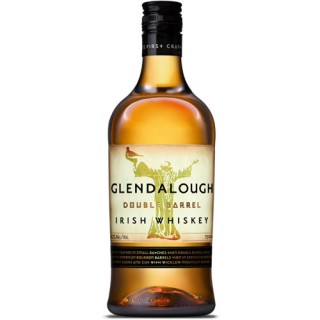 There are those who prefer to sip the status quo. Glendalough Double Barrel is not for them. It is a single grain Irish whiskey to blast the cobwebs off, it’s a new path taken by a new breed. The Double Barrel entices with an aroma of delicate but well-defined rich dark fruit—cherries, raisins, and figs balanced by floral lemongrass and a touch of nutmeg.

As part of the Dublin Whiskey Festival, which takes place across Dublin from today to 21st February, and to celebrate the launch of their Double Barrel Whiskey, the Glendalough lads have teamed up with Brasserie Sixty6, The Vintage Cocktail Club and Peruke & Perwig who have each created their own special Glendalough Double Barrel cocktail.

Commenting on the launch, Barry Gallagher, MD of Glendalough Irish Whiskey said, “We are delighted to be launching our Double Barrel whiskey and to be involved with the Dublin Whiskey Festival. This is an entirely new expression for Irish whiskey as we know it. We are excited to be partnering with three great Dublin bars, Brassiere Sixty6, VCC and Peruke and Perwig. We look forward to people being able to try their Double Barrel Cocktails as part of the Festival.”

The Glendalough Irish Whiskey Company was established in 2011 by five Dublin and Wicklow friends whose passion for Irish drinks industry led them to form Ireland’s first craft distillery. They aim to recapture Ireland’s lost heritage of great spirit production and create new, exciting and contemporary brands