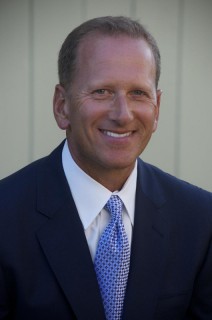 NEW YORK, Nov. 12, 2015 /PRNewswire/ — Conecuh Ridge Distillery, LLC, the owner of Clyde May’s Whiskey, announced today thatRoy S. Danis, most recently managing director of Campari America, has been appointed chief executive officer of Clyde May’s. A beloved craft whiskey, Clyde May’s was first distilled in small batches in the 1940s by famed moonshiner Clyde May. Clyde’s recipe was revived in the early 2000s and the brand has since surged in popularity. It is now the “Official State Spirit” of Alabama.

Roy Danis has enjoyed an extensive, thriving career in the wine and spirits industry, having most recently served as the managing director of Campari America. Among his highlights at Campari, Danis completed a restructuring of Campari’s sales and marketing teams, engineered a long-term marketing agreement with Bulldog Gin, and negotiated a celebrity endorsement deal for Wild Turkey.

“With Roy Danis, we have the right leader at the right time to propel Clyde May’s forward,” said James J. Ammeen, Chairman, Conecuh Ridge Distillery. “His industry expertise is unmatched. Clyde May’s is poised to explode – its sales and distribution are both expanding rapidly. And Roy has spent an impressive career elevating and differentiating brands in a very competitive space. Our best is yet to come.”

Prior to Campari, Danis served as managing director, North America, of Jose Cuervo, where he piloted the industry’s most successful new tequila launch in Cuervo Silver.

In 2001, Danis navigated the most successful new-product launch in the history of the wine industry. As executive vice president of sales and marketing for W.J. Deutsch & Sons, Danis introduced Yellow Tail, which became an industry phenomenon, reaching eight million cases a year by 2007.

Earlier in his career, Danis oversaw the marketing of Crown Royal at Seagram’s and introduced Crown Royal Special Reserve, a premium line extension that continues to contribute significantly to the overall brand franchise today.

Danis earned an MBA in Marketing from Boston College and a BS in Agricultural Economics from Cornell.

About Clyde May’s Whiskey
Clyde May’s Whiskey was created by Clyde May, an Alabama farmer and war hero, in the late 1940s. Clyde lived in Alabama’sConecuh Ridge, and was a moonshiner by trade but a craftsman by heart. Using copper stills, fresh Alabama spring water and the finest local grains, he vowed to make the best whiskey Alabama had ever tasted. Clyde aged small batches in charred oak barrels and experimented until he perfected his own unique finish – Alabama Style. He added oven-dried apples to his barrels and the resulting hint of green apple made his whiskey particularly smooth. That smoothness is what sets Clyde May’s Whiskey apart. In 2001, though Clyde May had passed, his son recreated his father’s famous recipe and began distilling his father’s brand, hewing to the same traditions that made Clyde May’s whiskey famous. Clyde May’s was named the Official State Spirit of Alabama in 2004.