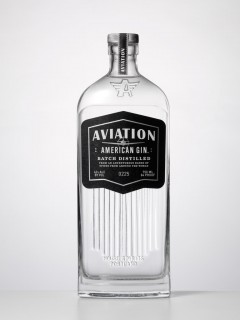 April 29, 2016 (Portland, OR) – Today Aviation American Gin, the flagship brand of Portland’s House Spirits Distillery, proudly kicks off its 10th birthday year with PROJECT 10, a series of limited edition partnerships and collaborations with a roster of iconic Portland brands and partners, including Alma Chocolate, The Bitter Housewife, Bull in China, Olympia Provisions, Pok Pok, Salt & Straw, Shwood, and Wood&Faulk. These items, which are priced from $6 to $189, draw inspiration from Aviation American Gin’s exotic range of global botanicals and innovative spirit and are available exclusively at House Spirits Distillery in Southeast Portland, the House Spirits Distillery Tasting Room Kiosk at Portland International Airport, online at www.aviationgin.com, and at PROJECT 10 partner retail locations while supplies last.

These limited edition items include:

In late April, 2006 – exactly one decade ago- distiller Christian Krogstad and bartender Ryan Magarian released their very first batch of Aviation American Gin from their Portland distillery. Together, Christian and Ryan had sought to revive the American cocktail gin, an expression long-forgotten in cocktail history, whose lighter flavor profile made an ideal pairing for both citrus and savory cocktails. Though American gin had fallen out of favor following Prohibition when London Dry and juniper-forward gins were introduced here in the U.S., today the category is a prominent fixture in our new golden era of cocktails.

“Aviation American Gin is a brand that is rooted in partnerships, beginning back in 2006 when bartender Ryan Magarian and I teamed up to create our spirit here in Portland, marking the first-ever bartender and distiller collaboration,” said Christian Krogstad, Founder & Master Distiller, House Spirits Distillery. “That collaborative, creative mentality – one that is so ingrained in our culture here in Portland – is still at the core of the company today, and I’m excited to bring that spirit to life via our limited-edition PROJECT 10 Series.”

Christian continued, “We are an authentic American brand that was born out of creativity and the goal of creating a balanced spirit that is ideal for cocktail and food pairings, so naturally we wanted to do just that to celebrate our 10th birthday. The result is PROJECT 10, for which we have teamed up with some of our favorite brands to offer limited-edition specialty items to our friends, family, and Aviation American Gin loyalists. We couldn’t have done it without you, our local partners and like-minded friends, and invite you to join us as part of our celebration.”

Thomas Mooney, CEO and Co-Owner, House Spirits Distillery added, “Aviation American Gin is a brand that has certainly grown in size from our humble roots a decade ago, but our collaborative ethos and unwavering love for our home in the city of Portland remains just the same. And though we continue to grow and introduce both Aviation American Gin and the broader American Gin category to new markets around the globe, we have not forgotten our deep roots in Portland and our partners who have supported us along the way.”

Created in 2006, Aviation American Gin is crafted from all-natural ingredients including naturally gluten-free American grain spirit. It is distilled in small batches of fewer than 100 cases at a time using an adventurous blend of traditional and contemporary botanicals from around the world including juniper, coriander, cardamom, anise seed, sweet and bitter orange peel, lavender, and Indian sarsaparilla. Aviation American Gin is the highest rated gin in the world by Wine Enthusiast (97 points), and has also been recognized as one of the top 10 growth brands nationally. Aviation American Gin is bottled at 40% ABV (80 proof) and priced at $29.99.