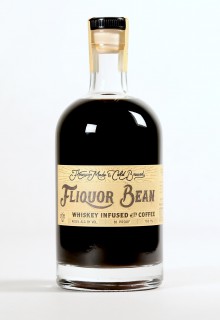 The first and only of its kind, Los Angeles based whiskey company, Fliquor Bean has now expanded by offering its craft coffee infused whiskey for retail sale in 40 states.

Fliquor Bean whiskey is distilled in California using only two ingredients: coffee and whiskey. No sugar and no flavorings added. The organic coffee beans come from Mexico’s largest farmer confederation, CoNaProMex and are then custom roasted by a local micro roaster based in the Los Angeles area. The fully caffeinated outcome can be enjoyed like a conventional cold brewed coffee or mixed in a cocktail.

Customers of all legal drinking ages are increasingly interested in craft products made with locally sourced organic ingredients and containing no additives. With the elevated popularity of cold brewed coffee, Fliquor Bean fills a niche in the market.

Fliquor Bean was originally created in late 2013 by Jerry DeFazio, a former Los Angeles television camera operator. When the show he was working on was cancelled, he began the legal gymnastics required to launch an alcohol business so he could share his passion for coffee and whiskey with the public in a brand new way.

Headquartered in Los Angeles, Fliquor Bean is made in small batches using the finest ingredients in a slow, natural process. Fliquor Bean is available in an increasing number of bars as well as retail and online liquor stores across the United States. A full list of locations is available at fliquorbean.com.