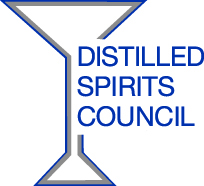 “We look forward to Jim’s leadership and guidance as we seek to advance the interests of the distilled spirits community in an ever increasingly complex public policy environment,” said Distilled Spirits Council President and CEO Kraig R. Naasz. “Given his considerable professional experience, record of innovation and strong commitment to social responsibility, Jim is ideally suited to serve as Chair of the Council,” said Naasz.

Clerkin has more than 30 years of domestic and international experience in the beverage alcohol industry. He joined Moët Hennessy USA in 2008 as Executive Vice President and Chief Operating Officer, with responsibility for global brands such as Hennessy Cognac, Moët & Chandon Champagne, Grand Marnier, Glenmorangie Scotch and Belvedere Vodka. He was named CEO of the United States in 2010 and CEO for North America in 2015.

At his inaugural board meeting as Chair, Clerkin announced the formation of the Council’s Vision 2025 project to explore and help shape critical, over-the-horizon issues confronting the distilled spirits community.

“I look forward to working with my fellow members and Council President Kraig Naasz to further enhance the Council’s public policy leadership in a rapidly changing marketplace, as well as advancing our commitment to moderation and responsibility,” said Clerkin.

The Distilled Spirits Council is the national trade association representing producers and marketers of distilled spirits sold in the United States.