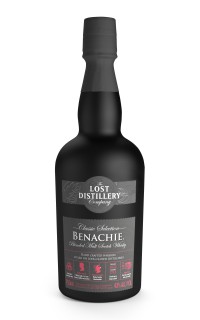 NEW YORK, NY (PRWEB) OCTOBER 03, 2016 — The Lost Distillery Company, a boutique Scotch producer committed to creating handcrafted whiskies styled on long-closed distilleries, has announced the launch of three new whiskies in the U.S. market. The new blended malt whiskies – Benachie, Towiemore, and Lossit are a part of the Classic Selection.

In the last century, nearly half of all Scotch whisky distilleries were forced to close due to economic pressure, prohibition, and competing corporate globalization. The Lost Distillery Company uses an innovative approach to bring forgotten Scotch whiskies back to life with a modern interpretation. Founders Brian Woods and Scott Watson worked together with their archiving team which includes renowned Scotch whisky historian, Professor Michael Moss at the University of Glasgow, to revive historic whiskies that showcase the diverse regions of Scotland; Highland, Speyside, Lowland, Campbeltown and Islay.

“We are excited to launch our new whiskies, Benachie, Towiemore, and Lossit, in the U.S. and honor Scotland’s history,” said Brian Woods, Founder of The Lost Distillery Company. “With the addition of the three Scotch whiskies to the Classic Selection, we aim to introduce consumers to whiskies that reflect the heritage of long-forgotten distilleries and also have a modern twist.” 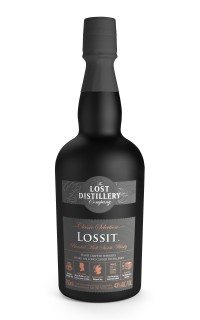 The foundation for each rediscovered whisky is comprised of archives, historical records, and analysis of 10 key components, with the four most critical being water source, peat, still and wood. The other key components that influence and define each original character include era, locality, barley, yeast, mash tun and wash back.

After nine months of meticulous historical research, the archivist team unfolded the story of each distillery and analyzed the 10 components to deduce how the whisky would have tasted when it was last distilled over 100 years ago. By locating the original source of water they can note the mineral content and whether it was hard or soft. Another element is to review which type of wood was used to store or transport the spirit and what the barrel had in it before the whisky. Once the background and components have been collected and reviewed, the archivists and whisky makers bring the spirits back to life by blending single malts from different distilleries to echo the long-lost whiskies.

The bottles are coated in black to represent the color of the glass used in the Victorian period. Each bottle showcases a unique history with the label reflecting the story of the namesake distillery.

The Benachie Distillery was founded by William Smith in Nether Jericho, Aberdeenshire in 1822 and closed in 1913 due to isolation; the Towiemore Distillery opened in 1898 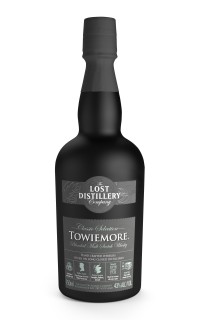 by Whisky Entrepreneur Peter Dawson in Botriphnie, Dufftown, Speyside and closed in 1931 due to water supply issues; the Lossit Distillery was originally created by Malcom MacNeill in 1817 in Ballygrant, Islay and closed due to isolation in 1867.