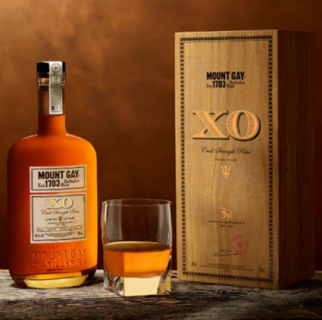 BRANDONS, Barbados (November 1, 2016) –To celebrate the 50th Anniversary of Barbadian Independence, Mount Gay Distilleries, the makers of the world’s oldest rum which has been distilled, blended and bottled in Barbados since 1703, releases 3,000 bottles of XO Cask Strength, a limited-edition of its award-winning spirit XO.

The handcrafted XO Cask Strength edition embodies the essence of Barbados, with an aroma that personifies the island’s bold, but humble personality. From the inception of Mount Gay in 1703 to the historical day of independence in 1966 to now – Barbados and Mount Gay have continued to grow and strengthen together each year. Characterized by an elaborate and robust taste profile, XO Cask Strength symbolizes the rich culture and strong personality of both Mount Gay and its nation.

“This is our tribute to the spirit of Barbados, the original birthplace of rum, and the people that make this island so unique,” said Allen Smith, Master Blender. “To taste XO Cask Strength is to experience everything that fans love about XO, but it gives connoisseurs the special opportunity to enjoy the truest intensity of XO aromas straight from the casks.”

Acknowledged by renowned spirits experts as the gold standard for sipping rums since 1992, Mount Gay XO has won numerous awards including 3 consecutive Gold and Grand Gold awards from Monde Selection, Monde Selection’s coveted 2002 “High Quality” trophy and the 2003 Silver Medal at the International Spirits Challenge. Featuring a blend of the finest spirits matured for eight to 15 years, the rich, oaky taste of the rum is rounded out by notes of ripe banana and toasted almond, followed by vanilla and spice, to create a smooth, unforgettable finish.

Each bottle will come in a stunning keepsake wooden box with a beautifully designed booklet that will take readers through the history of rum’s inception in Barbados. A portion of the sales of every bottle sold will be donated to the Barbados Museum and Historical Society to support its efforts in conserving the significant and inspiring history and culture of Barbados.

This collector’s item will be available at select premium liquor and spirits stores in the United States, Barbados, United Kingdom, Belgium, France and Australia in November 2016. Offered in 750ml or 700ml bottles at 63 percent alcohol by volume (dependent on country), XO Cask Strength will sell for a suggested retail price of $185.

Every great story begins with a time and a place.

A legal deed dated from 20th of February 1703 confirms the existence of a “pot still house” on our sugar cane Estate in Barbados, establishing us as the World’s oldest rum producer.

Still today, only the finest sugar cane molasses and pure water filtered through the coral heart of the island are selected to create Mount Gay rums.