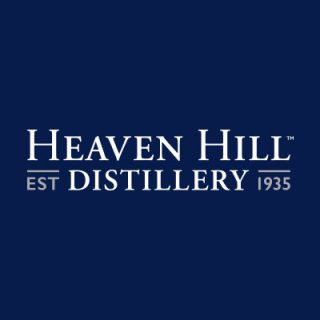 Dating back to 1871, the historic site of Heaven Hill Distillery’s Bernheim facility, D.S.P. -KY 1, is a landmark for a broad range of iconic brands in the American Whiskey category. Acquired in 1999 by Heaven Hill, the site is now home to the Evan Williams Bourbon, the second largest selling Bourbon in the world, Larceny, Elijah Craig, and Henry McKenna, among others. The current expansion brings capacity to 400,000 barrels per year, marking Heaven Hill’s commitment to producing a full range of American Whiskey styles to meet current and future demand.

“As an American-owned and operated company, Heaven Hill Distillery is proud to be on the forefront of the American Whiskey movement and embark on the latest iteration of distillery technology and innovation,” said Shapira. “The Bourbon distillation project combines the latest of distilling techniques with the ability to produce our brands using traditional methods as we have for more than 80 years.”

Bernheim’s history as a leading distillery in experimentation, coupled with Heaven Hill’s commitment to quality, sets the stage for growth of both innovative and historic brands. Major components of the current expansion include four additional fermenters, another distillation set of a thumper and 66-inch beer column, a drop tub to increase number of mashes per day, a 50,000 pph boiler, a new grain handling and storage upgrade, a cooling capacity upgrade, and an operations software upgrade. Two prior expansions were completed at Bernheim since 2006, with the first bringing capacity to 200,000 barrels per year in 2007 and the second to 300,000 barrels per year in 2014. Since 2016, Heaven Hill has opened four warehouses at the new Cox’s Creek barrel warehouse location, where each warehouse holds almost 57,000 barrels of the more than 1.3 million barrels (approximately 25% of the world’s Bourbon supply) aging across Jefferson and Nelson Counties.

“This expansion is a truly monumental event for Heaven Hill, for the city of Louisville, and for the bourbon industry worldwide,” said Congressman Yarmuth. “This historic company has continued to distill some of the best American Whiskeys for nearly a century, and has helped lead the rebirth of bourbon as America’s native spirit. As co-chair of the Congressional Bourbon Caucus, I’m especially proud to now represent the largest bourbon production site in the world.”

In conjunction with Heaven Hill’s growing economic impact in the West Louisville community, Shapira also introduced a partnership with Dare to Care to support hunger relief within the area. A $10,000 donation will support a mobile pantry unit for West Louisville and purchase six freezers for partner agencies within the area to distribute fresh food and produce.

To celebrate the achievement, a commemorative barrel was signed by Heaven Hill employees and local dignitaries, and all shared a toast of Evan Williams Bourbon. The company remains true today to its original mission as a family-owned and operated, independent Kentucky company—the last remaining in the Bourbon business today. Lifting America’s spirit since 1935, Heaven Hill Distillery continues to be on the forefront of Bourbon as it has been through the last eight decades.

Founded in Kentucky by the Shapira family in 1935, Heaven Hill Distillery continues its legacy as one of the foremost American Whiskey producers. Heaven Hill has cultivated the traditions and history of America’s Native Spirit with its fierce independence, passionate family ownership, dedication to quality, and thoughtful innovation. Today, Heaven Hill Distillery maintains over 1.3 million barrels aging in 54 warehouses throughout Nelson and Jefferson Counties. It is home to an award-winning collection of American Whiskeys including Elijah Craig Bourbon, Larceny Bourbon, Evan Williams Bourbon, Pikesville Rye Whiskey, Rittenhouse Rye Whisky and Parker’s Heritage Collection. Heaven Hill Distillery previously held the titles of 2016 Whisky Magazine Distillery of the Year, 2016 Whiskey Advocate American Whiskey of the Year and 2016 Rye Whiskey of the Year from “Jim Murray’s Whisky Bible.” For more information, please visit www.heavenhilldistillery.com.