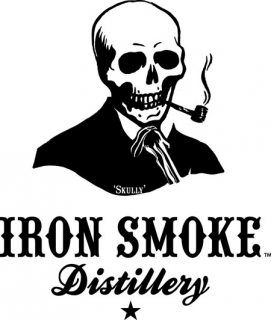 Rochester, N.Y. — Iron Smoke Distillery, winner of the prestigious Double Gold in this year’s North American Bourbon & Whiskey competition, and recipient of a 95.5 rating in the 2018 Jim Murray’s Whiskey Bible (for Iron Smoke Whiskey), is pleased to announce that food and beverage industry veteran, Tom Riggio will serve as President of Iron Smoke Distillery. Riggio brings over 25 years of food and beverage industry experience, specifically in sales, management, marketing, distribution and organizational development. He has served as an integral leader and partner with notable international food and beverage brands, including vitaminwater, barkTHINS, Pirate Brands and more.

“When Tom joined Iron Smoke as an investor and strategic advisor, I knew immediately that we could benefit from his brand building experience and level of expertise,” said Co-founder and CEO of Iron Smoke Distillery, Tommy Brunett. “Since he’s been on board, he has helped us to grow our sales and distribution exponentially, and I find his advice invaluable in all aspects of our operations. I feel that having Tom in a leadership role will propel our company forward and we’ll see immense growth over the next 3-5 years. I’m honored to have him with us through this next phase of expansion.”

Riggio began his involvement with Iron Smoke Distillery in 2013 as an investor/advisor.

“I had already been a huge fan of Iron Smoke, having admired their story as a local company who built their business from scratch while maintaining their farm to glass integrity. After meeting Tommy Brunett and the team, the decision to work with them was a no brainer. My involvement with other businesses was winding down and I was ready to assist in this venture in whatever way deemed necessary to help them succeed. I’m looking forward to utilizing my experience to help build the Iron Smoke brand to its fullest potential,” said Riggio of his new position with Iron Smoke Distillery.

Riggio is the CEO and Founder of West Wood Visions LLC, a consulting firm specializing in supporting small and mid-size companies in the food and beverage industry. He launched the business in 2016 and has partnered with and provided counsel for brands in the F&B category.

Prior to launching his consulting business, Riggio served as Executive Vice President for barkTHINS snacking chocolate. Since launching in July of 2013, the company grew over 440% under his leadership and surpassed $100 million in retail sales in 2016. That same year, barkTHINS was acquired by The Hershey Company.

Additionally, Riggio was a member of the Executive Management team of Pirate Brands, with products such as Pirates Booty and Smart Puffs, where he served as Vice President of National Accounts. During this time, he led the company’s national account team to triple-digit revenue and profit growth. He played a significant role in Pirate Brands being sold to B&G Foods in 2013.

As Senior Vice President of National Accounts for GLACEAU, makers of vitaminwater and smartwater, Tom oversaw sales, marketing and financials relating to all major national accounts. GLACEAU was acquired by The Coca Cola Co. in 2007.

Riggio resides in Spencerport, NY with his wife, Cathy, and their two children.

Based in Fairport, NY Iron Smoke Distillery produces the multiple award-winning Iron Smoke Straight Bourbon Whiskey and Rattlesnake Rosie’s Apple Pie Whiskey in their 21,000-square foot facility. Iron Smoke Straight Bourbon Whiskey is an applewood smoked, four-grain bourbon mash bill, where the grains are smoked using the same process as a backyard smoker. As a New York State small-batch farm distillery, Iron Smoke uses local ingredients from Finger Lakes family farms within a 50-mile radius of our distillery, and our stripped mash is returned to the farms to be used as feed for their livestock. Follow Iron Smoke on Facebook, Twitter and Instagram.