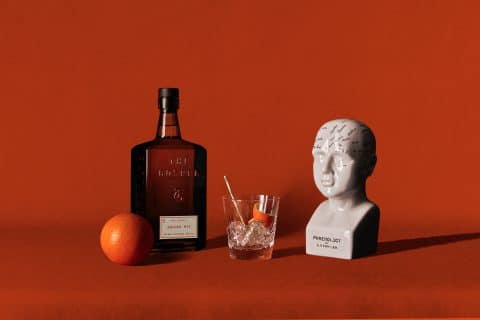 MELBOURNE, Australia— Melbourne based distillers, The Gospel Distillers has announced the launch of new Rye Whiskey range and will be the first brand to dedicate itself to producing Rye Whiskey with 100% Australian ingredients.

Four years in the making, The Gospel comes from the same distilling duo (Ben Bowles and Andrew Fitzgerald) that created boutique hooch brand, Melbourne Moonshine. Produced using single-source unmalted rye from the Murray Mallee region in South Australia, the announcement follows a growing trend for the uptake of rye-based spirits being consumed in Australia which is now the second-largest Bourbon market in the world.

The Gospel Distillers have also had a wealth of advisory and brand expertise behind them in the form of director Jamie Duff and brand architect, Kelvin Soh. VC investor and ex-CEO and co-founder of Stolen Rum, Duff, has over six years of experience in the international drinks market and previously worked with Soh to build and design the Stolen Rum brand. Soh, the founder and Creative Director of New Zealand based design agency DDMMYY has been a driving force behind the branding of The Gospel and has a previous track record of guiding the identity of several international spirits brands.

The Brunswick-based distillery is currently the largest whiskey distillery in Australia with an output capacity of 369,000L of alcohol per year. It was designed and constructed by The Gospel founders and has been co-funded by a US-based spirit and wine company.

Bowles & Fitzgerald utilised backgrounds in engineering and construction to custom design a six-metre-high Column and Copper Pot Still. The Column Still, one of only a handful used in Australia, helps to retain the unique flavours of The Gospel and is the only one designed and built entirely in-house.

The Gospel will launch first with a Solera Rye – a blend of multiple batches, processed through a bespoke Solera system in a combination of New American Oak and Australian Wine Barrels – and later with a Straight Rye Whiskey, both made in American style.

‘’It has been a long road to creating The Gospel but the results speak for themselves. We’re the only brand focused on 100% Rye Whiskey production and have created a true mix of American style and Australian ingredients’ said Ben Bowles, co-founder of The Gospel Distillers, who grew up in South Carolina. ‘’It’s a particularly exciting time to be producing in Australia with the growing popularity and demand for rye spirits.’

‘’With our Solera Rye, we wanted to create a ‘sessionable’ whiskey – something that can be enjoyed again and again and is available to everyone. We’re lucky to have the expertise of two drinks industry heavyweights behind us, as well as a talented team of distillers.’’

In addition to the original distilling talent of Jason Pignon, Bowles & Fitzgerald selected a high calibre team to work alongside them on The Gospel, enlisting the services of Ian Thorn (previously Production and Technical Manager at Starward Whisky for seven years) and Alex Poulsen (previously Head Distiller for Hippocampus Distillery, six years).

The Gospel Solera Rye (42.5% ABV) will be available in trade, distributed by Vanguard Luxury Brands, from September 16. The Gospel Rye Whisky (45% ABV) is set for release in early 2020.