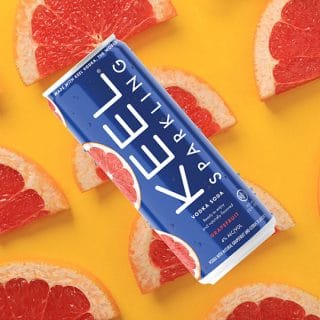 The Lift Your Spirits Challenge raises money by first challenging restaurant fans to share a video of themselves making their favorite drink at home then encouraging them to take what they would normally tip their server or bartender for that same drink and donate it. Like the ALS Ice Bucket Challenge, Lift Your Spirits supporters post their video to social media using #LiftYourSpirits and spread awareness by challenging others to participate. The Lift Your Spirits Challenge (www.liftyourspirits.org) has already garnered thousands of social media posts and has drawn support from local celebrities, professional athletes, musicians, media personalities, and lifestyle influencers.

“As a former New England restaurant owner with family still in the restaurant business, I totally understand how scary and uncertain these times are for foodservice and hospitality workers,” said Dessel. “Not only did I want to do my part to help, but I also wanted to find a fun way to encourage people at home to show their support for the millions of restaurant workers who are left without income due to the COVID-19 Pandemic.”

Through Dessel’s efforts, the Lift Your Spirits Challenge has also inspired other beverage brands to support industry workers. In addition, several world-class hotel brands, including gotten involved. 100% of the proceeds from the Ocean House in Rhode Island, the Cliff House in Maine, and the Inn at Hastings Park in Massachusetts have through the Lift Your Spirits Challenge will go directly to restaurant workers in need through the National Restaurant Association Educational Foundation’s Employee Relief Fund. Starting April 2, 2020, impacted restaurant workers will be able to apply online at for a one-time, $500 check to use towards housing, RERF.US transportation, utilities, child-care, groceries, medical bills and/or student loans. These grants will be administered by the NRAEF and offered on a first-come, first-served basis.

“For many of us, restaurant and bars, as well as the hard-working people behind those establishments are what makes our cities a better place to live,” said Matt Light, KEEL Co-Founder and Founder of the Light Foundation. “When Bill came to me with this idea, I immediately called on my team at the Light Foundation to step up and help lead the charge.”

KEEL Vodka was conceived with the goal of balancing a lifestyle of good fun, recreation, sport and socialization, with the ability to enjoy smooth and satisfying vodka without the full calories and alcohol content. KEEL is a premium light spirit crafted to provide even the most discriminating consumer with the ultimate in taste and drinkability, and with roughly half the calories and alcohol found in traditional vodka. KEEL boasts a single source, gluten free formula and is distilled and bottled in the United States under the strictest guidelines. KEEL’s tagline, ‘stay balanced,’ is testament to a responsible, enjoyable and balanced lifestyle. Founders Bill Dessel and Tom McGowan, Rhode Island natives, harnessed their love of sailing and the seas into their unique vodka brand. And, along with former New England Patriots star and partner Matt Light, have created a spirit that is rapidly gaining attention as the go-to choice within the active lifestyle community.

About the Light Foundation

The Light Foundation (www.mattlight72.com) was established in 2001 by three-time Super Bowl Champion and three- time Pro-Bowler Matt Light, and his wife, Susie. Matt was drafted in 2000 out of Purdue University as the anchor for the Patriots offensive line for more than a decade, before retiring in 2012. The Light Foundation strives to instill and augment the values of responsibility, accountability and hard work by providing youth with unique outdoor learning experiences that assist them in reaching their highest potential. Its goal is to lead young people down a path to becoming responsible members of their communities who are capable of passing on the torch of leadership and achievement to their friends and families. Matt Light received the third New England Patriots Ron Burton Community Service Award in 2005, and in 2008, was presented the President’s Volunteer Service Award for his outstanding work in the community by the Bush administration. In 2014, he was named Humanitarian of the year by All Sports United. Since its inception in 2001, the Light Foundation has raised more than $5 million for various programs and initiatives.

As the philanthropic foundation of the National Restaurant Association, the National Restaurant Association Educational Foundation’s mission of service to the public is dedicated to enhancing the industry’s training and education, career development and community engagement efforts. The NRAEF and its programs work to Attract, Empower and Advance today’s and tomorrow’s restaurant and foodservice workforce.