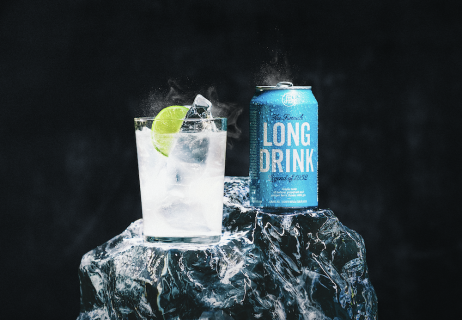 NEW YORK – The Long Drink, a top selling category of alcohol in Finland, a legend that is now available in America, has expanded distribution to California, Florida and Arizona. The expansion announcement comes shortly after universally recognized music producer Kygo and renowned PGA tour professional golfer Rickie Fowler joined the company as co-owners earlier this year. With the expansion to new states, via Southern Glazer’s Wine & Spirits, more consumers are able to enjoy the unique and refreshing Long Drink taste.

The availability of Long Drink across California, Florida and Arizona marks a significant development period for the brand from a marketing and sales perspective as Miles, Kygo and Rickie have deep ties to each state and will be maximizing their networks on behalf of their brand to ensure its success. Additionally, the Palm Tree Crew, a diversified holding company that operates and invests in companies at the intersection of consumer, entertainment and technology, of which Kygo is a co-founder, alongside Myles Shear and Austin Criden, is working closely with Long Drink’s marketing and business development teams to integrate the brand into the fabric of the tropical lifestyle in California, Arizona, and Florida.

“Long Drink is an incredibly unique drink with a rich history, and I couldn’t be more excited to get it in the hands of consumers across the country. The combination of taste and buzz is undeniable and soon everyone will have the opportunity to enjoy the Finnish Fuel. Kippis!” says Miles Teller, actor and co-owner of The Long Drink.

The category of ‘long drinks’ was brought to America for the first time in early 2018 by the next generation of Finns, co-founders Ere Partanen, Sakari Manninen and Mikael Taipale, alongside American entrepreneur, Evan Burns, who wanted the world to experience the refreshing and unique Finnish Long Drink. Teller joined the company as a co-owner in the summer of 2019, with Fowler and Kygo joining earlier in 2020.

“Since officially becoming a part of the Long Drink team in early 2020, the Palm Tree Crew has continued to be impressed by the operational excellence of the Long Drink team and our partners at Southern Glazer’s. With the launch of two of the largest liquor markets happening now, we are confident that our superior tasting product is primed to take over the ready to drink cocktail space. We hope to be able to share a cold Long Drink with our friends and fans as soon as it is deemed safe,” say Palm Tree Crew.

“We get messages daily from our fans asking when they’d be able to buy Long Drink in California, Florida or Arizona,” says Evan Burns, co-founder and CEO of The Long Drink. “In partnership with Southern Glazer’s Wine & Spirits, residents of CA, FL and AZ are now able to go out and start buying Long Drink at their favorite liquor store chain or independent store.”

The roots of long drinks go back to the 1952 Summer Games in Helsinki, when the country of only 4 million people was still recovering from World War II. Concerned how to serve drinks quickly enough to all the visitors, the government commissioned the creation of a revolutionary new liquor drink that was both delicious and fast to serve – and so the first long drinks were born.

The Long Drink combines the origins of the past with the modern-day processing and technology of the future. The result is an award-winning, refreshing, citrus soda with a premium liquor kick. Canned at 5.5% Alc./Vol. Last year, The Long Drink introduced Long Drink Zero, a low-calorie option, and earlier this year debuted additional variants including Long Drink Strong, a higher ABV option, and Long Drink Cranberry.

About The Long Drink

“Long drink” is a top selling category of alcohol in Finland – a legend that is now available in America. The roots of long drinks go back to the 1952 Summer Games in Helsinki, when the country of only 4 million people was still recovering from World War II. Concerned how to serve drinks quickly enough to all the visitors, the government commissioned the creation of a revolutionary new liquor drink that was both delicious and fast to serve – and so the first long drinks were born. Now this legend has finally been brought to America by the next generation of Finns who want the world to experience the refreshing and unique Finnish Long Drink. The Long Drink garnered a Gold Medal (94 Rating) at the prestigious 2019 New York International Spirits Competition (NYISC). The Long Drink is currently available in Massachusetts, Connecticut, Georgia, Nevada, New York, New Jersey, Ohio, Texas, California, Florida and Arizona.