Edit Logo
In her first endorsement deal, the multiplatinum recording artist will join WAT-AAH! as an equity holder and partner.
The USDA has implemented a new set of standards for school nutrition. While foodservice directors struggle to assemble their menus, beverage companies see new opportunities.
WAT-AAH!, one of the fastest-growing bottled water brands geared to kids and teens, encourages everyone to drink more water this summer with a set of murals as part of its #WATAAHWALL Series.
Walmart continues to express interest in smaller, emerging brands. We’ve seen brands like Inko’s and KonaRed land nationwide distribution deals. In April, the retailer announced that it will stock Wild Oats organic foods. And on May 13, WAT-AAH! announced that it has expanded its distribution network with authorization in Walmart Neighborhood Markets.
WAT-AAH! expands its distribution network with authorization in Walmart Neighborhood Markets.
WAT-AAH! Foundation, announces its 4th Annual "Move Your Body" celebration in support of the First Lady Michelle Obama’s Let’s Move! Initiative.
WAT-AAH!, a bottled water brand for kids and teens, announces the continuation of its groundbreaking initiative, WAT-AAH!'s Taking Back the Streets (TBTS). 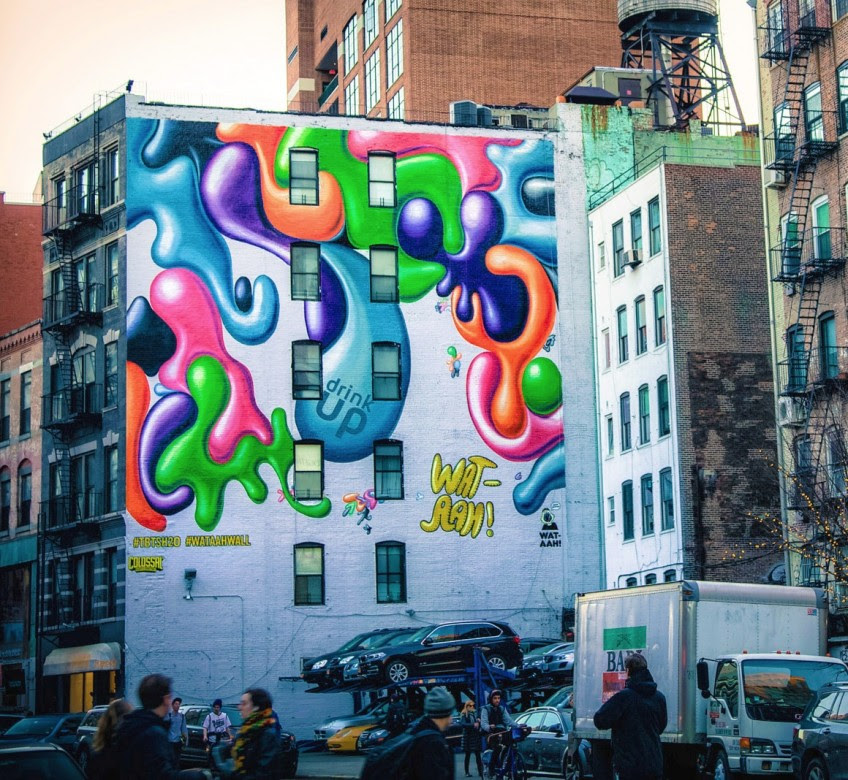 NEW YORK — WAT-AAH!, bottled water for kids and teens, follows the successful launch of its Taking Back the Streets campaign with the installation of a 2,500 sq. ft. mural featuring work by world renowned artist, Kenny Scharf, as part of its #WATAAHWALL series. The wall is located in the heart of SoHo at Prince and Lafayette street. Staying true to WAT-AAH!’s mission to make … 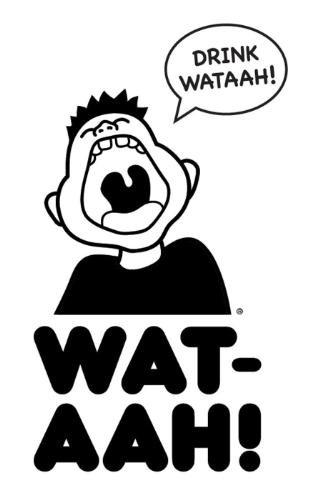 NEW YORK — Last Thursday Feb 20, 2014, First Lady Michelle Obama visited WAT-AAH!’s Taking Back the Streets exhibit at the New Museum in New York City. WAT-AAH!’s Taking Back the Streets launches a collaboration between the brand and 14 preeminent artists that joins street art and children’s health in honor of the Partnership for a Healthier America’s (PHA) Drink Up initiative, which encourages Americans … 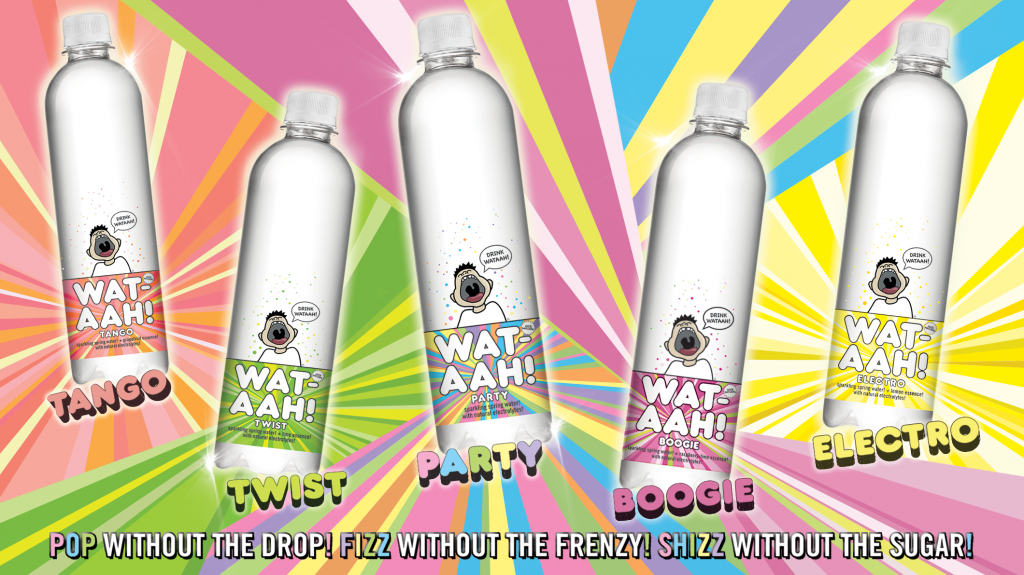 NEW YORK — The new “WAT-AAH! Party” line of products includes five SKUs infused with natural fruit essences such as lemon, lime, grapefruit and raspberry-lime as well as an unflavored variety. Staying true to the brand’s identity, all of the products are functional, containing natural electrolytes, and have absolutely no sugar, calories or artificial sweeteners. They are available in 16.9 oz PET/BPA free bottles in … 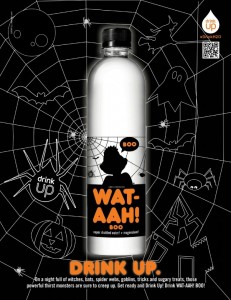 WAT-AAH!, a brand of functional water for kids and teens, unveils “WAT-AAH! BOO”, a limited edition bottle to celebrate Halloween and to promote healthy hydration in support of the Partnership For A Healthier America’s (PHA) initiative, whose honorary chair is the First Lady Michelle Obama. On the label, the brand’s familiar character, the WAT-AAH! Boy, is portrayed mysteriously in silhouette and screaming, “BOO!” to surprise … 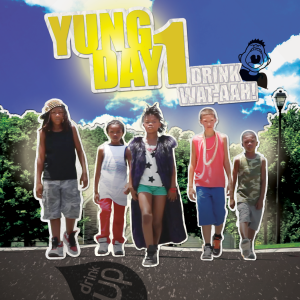 “Drink WAT-AAH!” to be introduced at the star-studded “Songs For A Healthier America” album release event on Sept 30th in NYC. WAT-AAH! empowers kid fans to create its advertising and furthers its commitment to marketing health to kids.

New York, NY September 30, 2013 – WAT-AAH!, a premium brand of functional water for kids and teens, will once again use their connection with today’s youth … 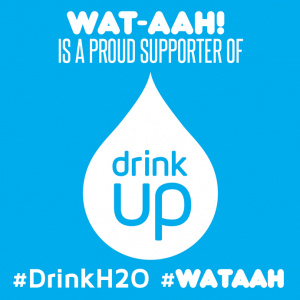 NEW YORK — WAT-AAH!, a brand of functional bottled water aimed at kids and teens, joins the Drink Up initiative launched by the Partnership for a Healthier America (PHA) and its honorary chair, First Lady Michelle Obama to encourage people to drink more water more often. The nationwide initiative conveys the simple message that water is one of the best and easiest sources of hydration … 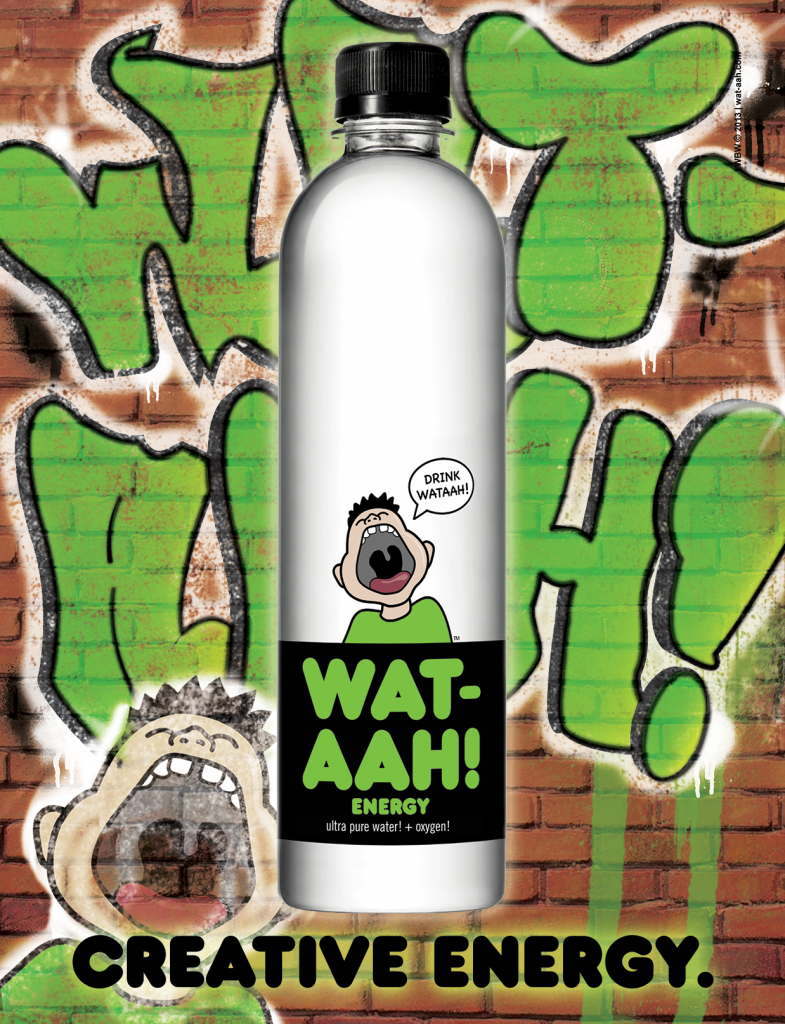 NEW YORK — WAT-AAH!, one of the fastest growing and most exciting functional bottled water brands in the industry, announces its “Back-2-School” advertising campaign for Fall 2013. The campaign includes full-page ads in various teen magazines, placements on relevant online sites, as well as poster installations in hundreds of schools and districts where WAT-AAH! is currently sold.

The campaign is based on the aspects of …