The Sunshine State matters a lot – and that can drive beverage companies crazy.

As one of the nations’s electoral swing states as well as the site of no fewer than 15 Super Bowls, Florida is no stranger to competition. And that extends to the beverage business, as well, where hot weather, nearly 18 million adult consumers, and a population that mixes classes, ethnicities, ages and urban and rural locations with abandon combine to make the Sunshine State highly influential when it comes to determining a brand’s ultimate success or failure. 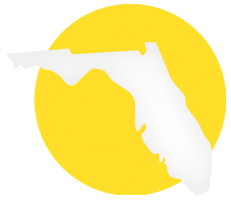 The geographic and social setup of the state makes it a key laboratory for brand incubation, as well as for creating portable business strategies that can be used in other markets. But with all its advantages when it comes to creating brand insights, Florida presents difficulties. Entrepreneurial beverage companies can have a hard time finding a foothold in the state because distribution is chain driven and the fact that the Coke, Pepsi and Dr Pepper Snapple systems are, for the most part, closed to these brands.

Making things even more difficult for these companies is the fact that there are few ‘third tier’ distributors in Florida. In recent years, many of the state’s small distributors have either gone out of business or were acquired by large beer houses. And in a state that comprises over 54,000 square miles of land, the lack of independents makes full coverage of Florida a daunting task.

Nevertheless, some beverage brands with national aspirations — including  Reed’s, XYIENCE, Icelandic Glacial and Activate — have recently managed to create strong coverage in the Florida market via the development of direct store distribution networks comprised of small and mid-sized beer distributors. The upside for the beer houses is simple: with the demand for larger beer brands slowly weakening, revenue from non-alcoholic beverages offsets declining sales.

“Florida is a tough state, but it’s a big step to going national,” said Dan Holland, the CEO of Activate, a bottled water that utilizes an in-cap reservoir of powdered functional ingredients.

Activate recently established distribution equity agreements with several beer houses in Florida, including Brown Distributing, North Florida Sales, SR Perrot and Florida Distributing Company. Within two months of launching in Florida, Activate is now distributed to a number of small format retailers and convenience stores in 70 percent of the state.

Holland, a former beverage distributor himself, explained that Activate’s appeal to beer houses was related to several factors, chief among them is the company’s solid financial footing. Holland explained that unlike many companies, Activate has the cash flow (via Tata Global’s recent increased stake in the company) to support distribution with strong consumer education and marketing efforts – a key element of most distribution agreements.

But having the cash to support distribution is only part of the game. Consolidation within the state’s distribution houses has limited the options for beverage companies, while the state’s population boom has created new growth and sprawl that make it particularly critical for a brand to be authorized for sale in retail chains.

“The first thing out of [distributors] mouths is, ‘What chains do you have approved?’” Holland said.

Holland noted that while Activate is currently authorized for sale at Hess and Kangaroo Express convenience stores, the company is in the midst of negotiations with several supermarkets chains in the state and expects Activate to have full distribution in Florida within two months.

In the case of Reed’s, which produces a line of premium natural sodas, the recent completion of a full DSD network in Florida has given the company far greater ability to reach mainstream consumers. The company completed its network in June and works with four craft beer distributors in the state including JJ Taylor Distributing and Fresh Beer, Inc.

Reed’s is already authorized for sale at Publix and Winn-Dixie, Florida’s two largest supermarket chains, but Neal Cohane, Reed’s senior vice president of sales and marketing, said he believes that the completion of its network leaves the company poised for far greater access and sales volume – and may ultimately help Reed’s products transition from the natural foods section to the mainstream beverage aisle.

“Direct [to warehouse] may be nice and easy, but speed to shelf is a big problem,” Cohane said. “In one chain where we go direct, we have to wait on the beverage or natural foods manager to stock our product. By the time the person gets around to doing so, we’re out of stock. DSD is not perfect, but [as opposed to going direct] where we go DSD, volume goes up tenfold.”

It’s that opportunity to find a burst of profitability from new product introductions that has led some Florida independents back to a place where they will start carrying entrepreneurial beverages – but even then, those independent houses warn, conditions in the state can cause new beverage companies plenty of headaches.

Take Florida Distributing Company (FDC), for example, which began distributing NAs about four years ago and has quietly expanded the number of brands that it carries. FDC manages to sell NA’s in almost all of the retail locations where the company delivers its beer products. The company currently distributes Nestlé Nesquik, Boylans, Talking Rain, Sweet Leaf, NY20 Water, Juicy Juice, XYIENCE and just picked up Activate in August.

“Our NA portfolio is positioned to do very well. We feel like there is tremendous upside for these brands,” said Joe Quinlivan, the director of marketing for Reyes Holdings, the parent corporation of FDC.

But for the beverage companies themselves, Quinlivan said that DSD through Florida beer houses is, for the most part, a cash-on-delivery game – and that means that unless a beverage company is flush with cash or investor funded, it can be difficult to find partnership with a beer house. Also working against those companies is the fact that contractual constraints like territorial exclusivity become even more restrictive when considering the limited number of DSD options in the state

Nevertheless, Quinlivan did state that if a beverage company was able to overcome these challenges, the synergies of streamlined delivery would be great. While FDC currently distributes 13.5 million cases of beer and only 120,000 cases of non-alcoholic beverages, Quinlivan expects FDC to increase its distribution of NAs by nearly five-fold within five years.

Reuben Rios, the vice president of sales for XYIENCE, shared similar expectations. “[Our distribution agreement with FDC] is a huge step forward for XYIENCE,” said Rios. “Florida Distributing Company has a proven track record and their sales team has tremendous enthusiasm for our brand. We expect to see [our] product moving very quickly.”

It is specifically the type of distribution partnership that FDC and XYIENCE share that is key for any emerging beverage company to succeed in Florida, said Ken Sadowsky, the executive director of the Northeast Independent Distributors Association (NIDA) and a part-time Florida resident. Sadowsky explained that even in a chain-driven state, up-and-down-the- street distribution is vital to the success of new and emerging brands, and it is ideal to work with a distributor who “has done it before.”

“At the end of the day, the typical retailer has a shorter view [on new beverage brands] than does a distributor,” said Sadowsky. “It is imperative that a beverage company find a distributor that has a wherewithal vision for its brand.”