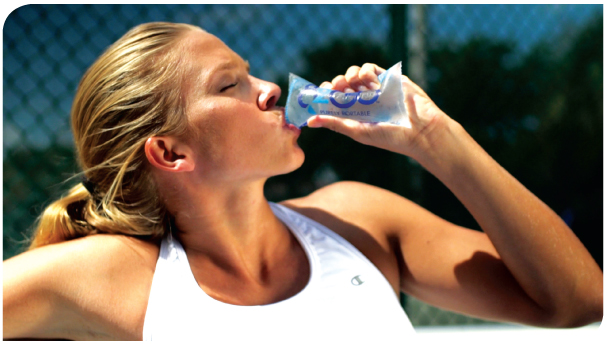 It’s not easy leaving a company you’ve birthed and built. But Hoby Buppert – and his wife and co-founder, Christina Staalstrom – did just that in the fall of 2009, finally forced to leave Bawls Guarana after years of battling to keep the unique energy soda competitive in a fast-consolidating energy drink market.

One of the first of the modern energy drinks, Bawls had a good run under Buppert, and the credibility of the idea among various niche audiences shows in the fact that the brand has continued to survive into 2012, even under new management.

Still, having worked on the company for nearly 14 years, it wouldn’t have been surprising if the couple hadn’t decided to direct their energies elsewhere, outside the beverage world.

Instead, however, they dove right back into the water.

Buppert, behind innovative packaging concept 82Go, is one of several veterans of the beverage industry who have recently resurfaced in the water category. It’s a surprising twist because just three years ago that category itself was in the midst of a downward spiral, one brought on by a race to the bottom on pricing and a backlash over the environmental impact of its product containers.

But water has fought back as a category over the past few years, led by the activism of Nestle Waters North America CEO Kim Jeffrey, who has fought to both reduce the amount of PET used in his containers and provide active comparisons between water’s overall impact and that of other beverage types. In fact, in the past two years, bottled water sales have begun to increase again after drops in 2008 and 2009.

Meanwhile, innovation in the bottled water arena itself, which had seemed to get sidetracked with the growth of so-called “functional waters” like Vitaminwater – and an army of Vitaminwater-esque brands – has begun to come back, and a lot of the growth of that comeback has indeed come from old hands in the industry who had found success in other areas.

It’s an interesting turnabout from other beverage product classes, where non-beverage savants are starting to shake up traditional categories with innovations. Here, the veterans are either providing or supporting the ideas that are helping newer companies succeed.

For Buppert, the attraction to the 8 oz. “skin” of water known as the 82Go “bod,” it was the opportunity to take a new package type and apply it to the kind of high-intensity road running he has always loved. With 82Go, he has taken water and put it into a hand-held pouch that athletes can use while remaining in motion. There are strong environmental benefits, as well, as the plastic used in the pouch is equivalent to about a tenth of what is used for abottle.

Still, environmental impact aside, it’s the ability to grab a bod while on the run, suck it down and stuff it in a pocket – all one handed – that attracted the time-sensitive marathoner to the product. It was in common usage in Central America, but Buppert is pioneering it as a packaging type in the U.S. – possibly for liquids beyond just water, as well. 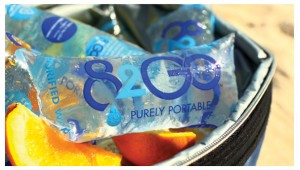 “There’s a lot of things we can do with this you can’t do with a bottle,” Buppert said. “We are looking to expand the number of occasions you use water, rather than change habits.”

It’s those changing habits happening at a broad level that made the water category interesting to Jack Belsito. Despite the setbacks the category faced in the late 2000s, he said, he knew that the move to bottled water was the spear tip of the larger health and wellness trend, and any problems the category was having could be overridden by that particular wave.

Belsito, who had run major brands like RC Cola, Snapple, Cadbury Schweppes and others, had been on the prowl for a couple of years for a brand he could build, but instead he received a chance to rebuild a promising high-end water brand that, like the water category itself, had hit some speed bumps.

At the end of 2009, with growth stagnating and a dearth of offers to take it off their hand, the investor group behind Voss, a premium water brand that had struggled to survive the deepest parts of the recession, brought Belsito in to try to re-energize the company. A beautifully designed Norwegian brand that has a strong on-premise presence and aims for one of the highest retail rings in the store, Voss would seem to have been a perfect target for the scrap heap at the time.

But where others might have seen crisis, Belsito saw opportunity. In a buy-low, sell-high move, it appeared to him that water wasn’t done growing despite a few years of stagnation. If the category could still grow, then the high end would, as well.

“I would advise anybody not to look at things in the short term,” he said. “My feeling was that the category fundamentally was strong, and Voss was innovative around occasion and lifestyle. The overall trends for health and wellness are global, and we’re still getting benefit from every other beverage trading into water.”

As an international brand, Voss also carries positives and negatives. While the recession continues to linger at varying levels of intensity around the world, there is also an international attitude toward bottled water that involves a more sanguine take on it as a necessity.

“In Western culture, particularly America, people think water should be free,” he said. “That helps drive it down in pricing in people’s minds, and conspires to bring in pressure environmentally and socially to the category. But despite that, it continues to grow at the high end, which is growing even faster than the base.”

To maintain that high-end growth, Belsito has applied standard brand management principles to Voss: the company brought in a sales crew that was experienced with on-premise accounts, where the brand does 65 to 70 percent of its business, and to also focus on high end off-premise retail around “thoughtful consumption occasion” dining.

As part of Belsito’s brand argument, he points out that another high-end water, Glaceau Smartwater, has been the unsung hero of the Coca-Cola purchase of the parent company in 2007, growing at more than 20 percent for several years in a row.

Nevertheless, that environmental and social pressure does remain a major factor in the overall image of the water business; at the commodity level, at least for the soda giants, there seems to have been a slow decline in the amount of marketing energy behind those brands. Not so at Nestle Waters North America, however, where innovation behind lightweight packaging has helped turn Nestle Pure Life into an even faster-growing brand than Smartwater while still allowing its individual regional brands to hold onto their share of the business.

Of course, that innovation is only part of NWNA’s push to hang onto leadership in the category. The other key has been an argument – made from the top down by CEO Jeffrey – that water brands are not the environmental boogeyman that others had perceived them to be. It’s a fine line to walk, but insiders have praised Jeffrey for making a clear comparison between water and competing categories from a health-and-wellness perspective as well as for helping lessen packaging impacts for its brands.

It’s not just Jeffrey, however. For water companies that have been able to add a feel-good benefit to their packaging – for example, behind Give Water’s or Keeper Springs’ philanthropic causes – the road has remained less treacherous. The opportunity to pull together a brand at the start, rather than have to green at an established company, is what has pulled a pair of long-time industry insiders, Danny Rubenstein and Janet DiGiovanna out of the consulting world and into a full-time effort behind eco-friendly Green Planet Water.

The pair, whose firm, Dash Advisors, has worked with everyone from Naked Juice and Odwalla to Pom Wonderful and O.N.E., say they feel energized and excited about trying to take an entrepreneurial company from wobbly beginnings to national brand status. The focus behind Green Planet is a bottle that is designed to be recycled or, due to its PLA composition, to be compostable in under 90 days. The pair joined the company, founded in 2009, in late spring of last year; as a major move, they have begun retooling it for retail rather than food service oriented uses.

“We’re building a better bottle,” Rubenstein said. “Having something that is 100 percent plant-based, it touches a chord with consumers and the trade.”

Indeed, the brand was able to get early traction because it struck as much of a chord with Coast Brands Group founder Bob Groux as it did with the pair from Dash; Coast incubated the brand, then helped move it into a wider retail circle.

Building Green Planet, Rubenstein adds, is an interesting challenge for the pair as they (much like Buppert) are building a packaging company as much as they are a water brand. And there’s certainly competition from above, as large CSD companies play with their own version of plant bottles and other lightweighting strategies. But the pair are also used to that kind of challenge – “we’ve done this six times over,” he told BevNET – and are eager for the challenge.

“We are going all in on this because water is the big category,” Rubenstein said. “It’s pervasive and price sensitive, but we think we’ve struck a nice balance.”