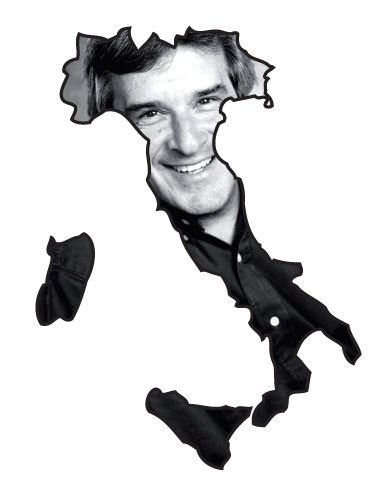 In January, I wrote out my last tuition check, so my wife and I took a celebratory vacation to mark the end of 22 years of paying to educateour two kids. After all, we live in NYC, and private schools don’t come cheaply. Neither did two college educations, nor law school for my daughter, to boot. We’ve decided it’s time to reclaim some of our lives.

Hence, we just returned from 10 glorious days in Rome and Florence.

The experience of taking in all those two cities had to offer was extraordinary.  The sites, the history, and culture, and yes, the food and beverages, were sublime. The Italians certainly know how to live, and to dine. A special thanks to Jeff Rubenstein, from Vita Coco, for his connection to a great feast in Florence, Francesco Vini. It is owned by Jeff’s future sister-in-law and her husband and they couldn’t have been more gracious.

So how does this relate to my this column? I’m getting there. As I have done before, I surveyed the local beverage scenes, the selections and the differences in consumer patterns. (NOTE OF FULL DISCLOSURE: I also intend to write off some of the trip as a fact finding mission for the column. Which I tried to do with the tuition, as well, but have since come to terms with the fact that what my kids drank in college wasn’t deductible….)

So, here are some of the observations.  First, I didn’t see much portability on the streets, except for tourists. I am very cognizant that everywhere you go in the States, you see people toting beverages. It didn’t seem to be part of the culture. The selection in the supermarkets and bodegas was limited: I didn’t see dominant brands on the shelves, except for the Coca Cola portfolio. Water choices were vast, as were the price differentials. I would love to have the franchise for Acqua Panna in both cities, as it was the main offering in almost every restaurant. They don’t drink much tap water there, even though it was quite good. Again, that’s part of the culture.

Juices were very popular, both pure and blends. Again, the locals drink them at home, but on the streets, it was the visitors.

Wine, obviously, dominates everywhere. Usually, the lower price house brands were the choice. Even at higher end restaurants, the choice was the house bottle. I was struck by the fact that the majority of beer consumption was by the younger set, college age, and just above. It was also mostly foreign travelers consuming them. The locals didn’t seem to imbibe.

What was interesting was that I didn’t see any of the exotic, boutique and functional beverages anywhere. No coconut waters, no relaxation, no protein drinks. Nothing for mental acuity, or aching joints. We live in a world of functionality here, but Italy either doesn’t care, or no one has made strong attempts to introduce these drinks to the populace. Red Bull was the dominant energy drink, as expected, but even then the category consumption doesn’t come close to US usage.

Beverages are an integral part of every culture. Italy tends toward the traditional, as befits a land with such a long and rich history. They like the way they live. I don’t blame them.