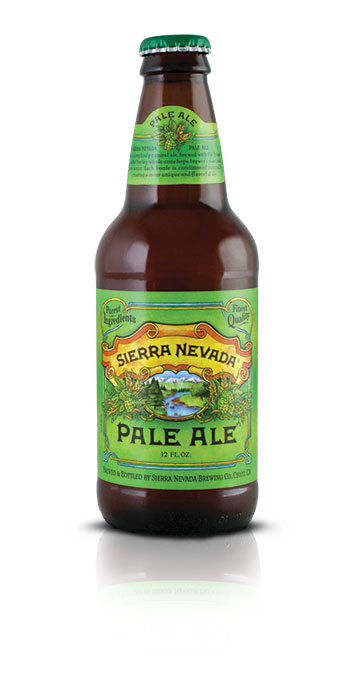 But until recently, craft, the hottest segment in beer, has barely registered a blip on the radar for c-stores.  That’s changing: while the numbers are still miniscule in comparison to the $16.7 billion in overall c-store beer sales in 2011, it’s clear that craft beer is on an upward trajectory and moving fast.

According to the National Association of Convenience Stores (NACS), sales of craft beer rose by 13.9 percent in c-stores last year, and the segment has nearly doubled its dollar share in convenience over the past five years. The variety of craft beer in c-stores has grown dramatically as well: since 2008, craft SKUs soared from 994 to over 1400 today. Today, the segment holds a 2 percent dollar share within the c-store channel, on sales of $176 million for the 52-week period ending on July 8, according to Symphony IRI.

While for years craft beer has steadily evolved in other retail channels, Joe Whitney, the director of sales and marketing at Sierra Nevada, noted that the tipping point for c-stores came in 2010, when it was revealed that craft was the only segment of the beer business that grew in sales.  It was then that c-store operators took greater notice of the segment and sought to develop new sales strategies for craft beer, much of which focused on consumer demand for variety.

“Craft is really driven by innovation and new flavors,” said Whitney. “People are going out every week in stores and looking for adventure or a treasure hunt. That’s kind of the mentality of the craft drinker, or these days even a Corona or a Bud drinker… they want to experiment. And the c-stores have not had experimentation happening as a growth platform, so they’ve missed a lot of that. But they’re starting to catch up.”

However, one common roadblock for craft beer persists:  as quickly as new shelf space opens up, it is just as quickly filled. And while craft beer has lived on the adage “a rising tide floats all boats”  in recent years, the ever-expanding number of craft beer brands has presented an emerging and long-term concern for suppliers – and C-Stores work with the smallest retail footprint of them all.

“It’s been a lot easier the last three or four years than it ever was before that, mainly because retailers have been opening up shelf space,” Whitney said. “We were the benefactor of that, and it’s been easy. But it’s crowded as heck right now, and I don’t expect that to continue. That was kind of the honeymoon period.”

Honeymoon over, the country’s top selling craft brands are now jockeying for position in the lucrative channel. Although Sierra Nevada Pale is the number one selling craft beer brand in c-stores, Boston Beer Company (BBC) owns the largest share of craft in convenience. Propelled by torrid growth of Samuel Adams seasonal beers, BBC had nearly $50 million in c-store sales in 2011, followed by Sierra Nevada ($38.3 million), Gambrinus –owned Shriner ($28.9 million), New Belgium ($26.3 million), and Long Trail ($15.8 million). Here’s one reason that sales haven’t ramped up faster, however: few craft brands have the resources to actively seek out the channel. This year, for example, only two craft beer companies, BBC and Sierra, have booths at NACS.

While c-store sales represent only 5 percent of Sierra’s overall revenue, Whitney said that the company is looking to triple that number within 5 to 7 years. The company faces the same problem as many others in its category: it can’t make enough beer to satisfy demand. Sierra is building a new, second brewery in North Carolina, but it is at least a year from being operational. So while working within its capacity constraints, Sierra is also working on deepening its footprint in c-stores through the development of innovative, high margin sales and marketing programs. The company, which has distribution in 7-Eleven, Circle K, Race Trac, and Quik Trip, among others, recently created a high-end seasonal program for c-stores (“It’s been really spectacular for us,” Whitney said) and introduced new package options, including 4-packs of its double IPA Torpedo line and 12-packs of its flagship Pale Ale in cans.

“C-stores can be a growth engine for us,” said Steve Jannuzzo, the national account manager for convenience stores for Sierra Nevada. “We have very limited distribution, and although the rate of sale is low in a c-store for craft… we continue to reap the benefits of that distribution. It’s just a huge upside. There’s just a lot of opportunity out there.”

Opportunity, yes, but Jannuzzo stated that there are plenty of challenges associated with selling to c-stores. The biggest, he said, comes from large brewers who are putting intense pressure on c-store operators to limit the amount of craft on shelves. Countering the overtures of big beer is not easy, Jannuzzo said, but Sierra Nevada hopes that with steady growth in consumer demand and a retailer network that becomes more educated about craft, and, more importantly, the best ways to market it, the commitments will come.

“It’s a commitment by the retailer to go after the craft business, and that’s something that we’re learning,” Jannuzzo said. “It’s not easy. There’s a lot of forces trying to get [retailers] not to do it – that would be the big brewers that have all the space. So, they’re fighting that battle. They’re fighting the rate of sale and which stores to put it in. Our job is to basically point them in the right direction: which brands to carry, which styles, and where the stores should be [carrying craft]; you can’t put it everywhere.”

Jannuzzo cautioned that c-store operators should be thoughtful and selective in choosing accounts for craft beer, particularly as it relates to the average craft consumer. Because the typical craft beer drinker is male, white, college-educated, and earns an above average income, he noted, the areas where craft is sold should reflect that demographic.  Jannuzzo conveyed the sales strategy in a recent presentation to 7-Eleven operators in Virginia in which he suggested placing craft in franchise locations with a slightly more affluent population.

By the same token, Jannuzzo made it clear that, at this point, the majority of convenience store consumers are still looking for “quick, cold, and convenient.” And for Sierra Nevada, the importance of a well-known flagship brand is a critical advantage to getting on the shelf and allowing consumers to choose a familiar brand quickly and easily.

“It’s a huge advantage for us,” Jannuzzo said. “Having the top brand is going to help us get on the shelf and increase that distribution. That’s how we’re going to grow.”