When marketing kids beverages, companies typically have two consumers in mind: the kid, who they hope will be drawn to the packaging and flavor, and the mom, who they’re looking to satisfy with the ingredients and price point.

While there’s no singular, comprehensive method, many of the kids beverage brands lean toward packaging that catches the eye of its young drinkers. This has been true for older kids beverage brands, such as Capri Sun, and newer beverage brands that also market their health, such as Vita Coco Kids and Aquaball. However, other brands with a more established name have gone a different route.

Odwalla and Honest have already carved out their places in the marketplace with years of pushing their flagship offerings. Now both brands offer kids beverages without significant alterations in design. No wide-eyed animals or extra-curvy lettering to be seen here. Odwalla Smoothies for Kids uses a Tetra Pak “drink box” and Honest Kids uses a pouch, but the branding still resembles what’s already known and marketed. 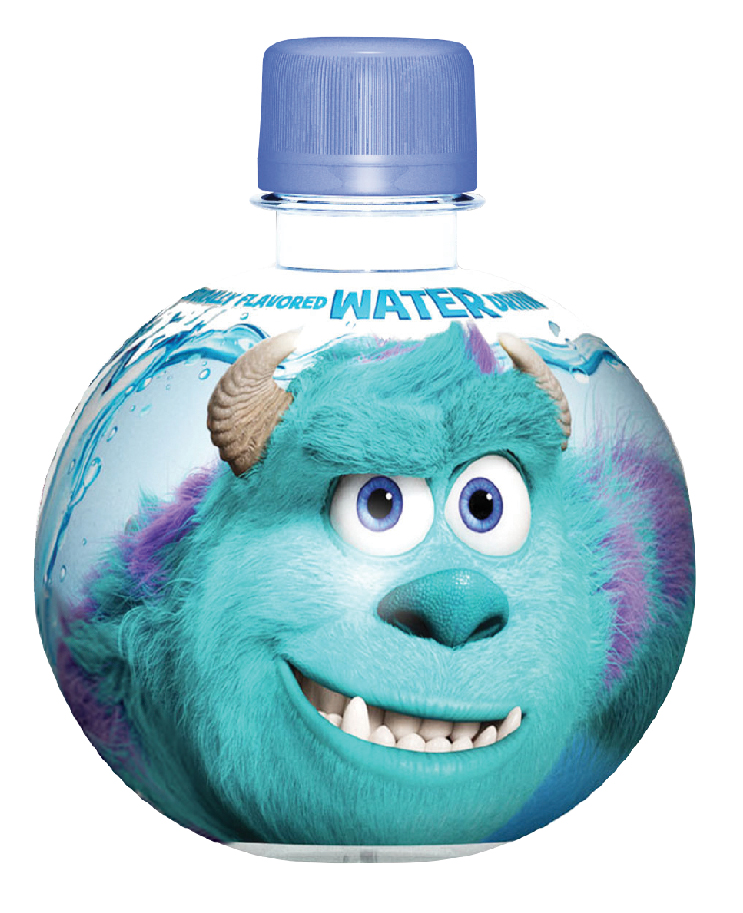 Beverage brands are still testing these different approaches, but which one is right? Should a kids beverage brand market its packaging toward the kid or the mom?

Aquaball, produced by health-focused beverage company True Drinks, comes in a round, 12 oz. bottle in the shape of a grenade, but with a friendly-looking guise. The beverage was launched in January, but True Drinks had already reached an agreement with licensed Disney and Marvel Comics in April 2012. This allows the company to dress its friendly grenades with Disney and Marvel characters that are relatable to kids: Mickey Mouse and friends, the characters of Monsters University and Planes, the recently-released movie about a crop-duster with a fear of heights. As new movies and TV shows are released, Aquaball has the flexibility to quickly alter its packaging and remain up to date.

“We’re able to wrap our product with some of the most loved characters globally that kids are familiar with,” said Kevin Sherman, the CMO of True Drinks.

While Lance Leonard, the CEO of True Drinks, Jason Dorfman, the national sales director of True Drinks, and Sherman credit much of this quick success to the packaging style and the agreements with Disney and Marvel, they continue to cite the importance of the ingredients. Sweetened with stevia, Aquaball has zero calories and zero grams of sugar. They said that this combination has served as a point of differentiation in an otherwise unhealthy industry.

“There are a lot of high-caloric, high-sugar drinks that are marketed toward kids, and then there’s bottled water,” Leonard said. “And in between, there’s wide open space.”

Honest is also targeting that open space, but has taken a different approach with its Honest Kids line. The pouched drinks contain 40 calories and 9 grams of sugar per serving; higher in both categories compared to Aquaball, but still lower compared to many other kids beverages, including the new Odwalla line.

Seth Goldman, the co-founder and TeaEO of Honest Tea, said that he wanted to create a brand that was fun and accessible. He wanted a look that was both natural and approachable, without excluding any ages or limiting the brand’s potential.

“That term ‘kids’ can be pretty broad,” Goldman said. “If we call it ‘Honest Tots,’ we’ve limited who can sell to.”

While Goldman said that he wishes the pouch were easier to open (there’s even a how-to-page on the Honest website), he does believe that the pouch is a package that can mesh with older age groups than juice boxes. He said that a juice box is seen as more of a toddler product in the minds of consumers and that middle school kids don’t want to be seen with cartoon characters.

This method has lately proven its viability. In the latest 52 weeks ending on June 16, Honest Kids accumulated nearly $27 million in sales, a 32.14 percent increase from the previous year, according to IRI data.

As Goldman chooses not to limit his consumer demographic, which he approximates between 5 years old and middle school, the Aquaball team has clearly stated a different vision.

‘We think you need to be specific in who you’re targeting and the demographic you go after,” Dorfman said. “We’re very clear that our demographic is for children between the ages of 3 and 10. That’s our consumer.”

Look around the industry and you’ll find other examples existing across different parts of the spectrum. WAT-AAH!, a functional bottled water for kids and teens, displays an open-mouthed kid shouting “DRINK WATAAH!” Vita Coco Kids displays a cute monkey puncturing a coconut on a cartoony beach. Orgain Healthy Kids, a line of organic nutrition shakes, also displays a cute monkey. O.N.E. Kids looks like a standard coconut water package that was attacked by a kid with a crayon. In Zone splits up that age group with three different lines, all featuring branded characters.

It seems that both branding strategies can work in their own way, depending on the company. Yet regardless of the packaging — Disney-themed or simply approachable — many companies agree that what matters most is what’s inside.

“The mom has become a much more savvy consumer,” Sherman said. “They’re not going to buy something because it looks bright and fancy. They want to know what’s in it.”