Despite the vitriol, however, Zima’s national launch in 1994 was a spectacular – if short lived – coup.

Coors spent $38 million in advertising for the rollout of Zima, which it marketed as a refreshing alternative to beer, and by some estimates enticed 70 percent of regular drinkers to try the product. By the end of the year, Coors had sold 1.3 million barrels of Zima, and the brand quickly seized an improbable 1.2 percent share of the beer market.

Zima, however, was never able to duplicate the magic of its first year. While Coors attracted a huge number of first time consumers of Zima, many of them never took another sip. Within a year of its launch, sales of the brand fell by half and plummeted another 38 percent by 1996. And although the brand had found a sustained following among young female drinkers, Zima – after a couple unsuccessful rebrands – was eventually discontinued in 2008.

Perhaps owing more to its remarkable rise than its ignominious fall, Zima has, over the past 20 years, spawned dozens of similarly positioned products.  The brand had a dramatic effect on the growth of flavored malt beverages and pointed to a weakening climate for domestic beer, a category that has endured alarming sales declines in recent years. With its sweeter taste, Zima paved the way (and offered critical insights on what worked and what didn’t) for successors including Mike’s Hard Lemonade, Twisted Tea and Smirnoff Ice, each of which feature an array of sweet, highly flavored and higher-alcohol beverages. The products have resonated with a new generation of younger consumers, many of whom say they don’t like the bitterness of beer, and – along with the booming craft beer and cider categories – are collectively capturing market share from massive domestic beer brands. 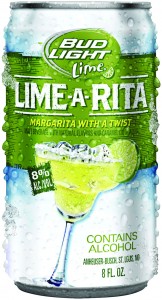 Reduced demand for domestic beer has caused a major shift in the overall alcoholic beverage market in both sales and innovation. A recent Nielsen report found that (outside of the booming craft beer segment)  in 13 of the last 14 years, beer has lost U.S. alcohol market share to hard liquor and wine, and now comprises less than a 50 percent share. Spirits now encompass a 34.3 percent share of the overall market, driven by a wave of innovation via the introduction of new flavors and sweeter blends. Vodka, which has seen the addition of endless flavor infusions (from cucumber and jalapeno to whipped cream and even “birthday cake”) and, more recently, whiskey, where honey, maple and cinnamon flavors have flourished, are perhaps the clearest examples in which producers have been able to attract new consumers through sweeter and more intense offerings.

Faced with year-over-year volume declines of 1 percent from 2008 and 2012, and forecasts that the U.S. beer market could tumble another 3 percent in volume from 2013 and 2017, Anheuser-Busch InBev (AB) and MillerCoors have gone back to the Zima playbook, investing heavily in new flavored malt beverages that mask the flavor of beer or, in recent years, make beer a proportionately equal or secondary ingredient. And while fusions like lemonade and beer (often referred to as a “shandy”) may be relatively new to the U.S., similar blends have long been consumed in global markets.

Recently, the category has seen surge in the number of cocktail blended drinks, including AB’s Bud Light Lime-a-Rita and Phusion Projects’ Loko Rita, in which beer is blended for the purposes of carbonation. In each case, the companies position the drinks as malt-based alcoholic beverages with flavors, as opposed to beer, much in way that Zima was originally positioned.

Yes, they’re still mocked: In the 18 months since its debut, Bud Light Lime-A-Rita has endured a steady stream of ridicule, disgust and, in some cases, flat-out rage by Internet scribes horrified by the blend of light beer, lime and margarita flavoring. One often-shared blog post about the brand is titled “Why Your Bud Light Lime-A-Rita Is Goddamn Terrible.” 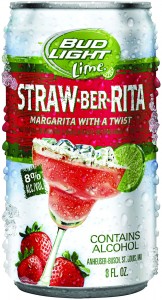 But just as the Justin Biebers of the world draw mockery while selling millions, so too have the Lime-a-Ritas. Web hate notwithstanding, the product has become one of the most successful beverage launches in recent memory, and, along with the recently launched Bud Light Lime Straw-Ber-Rita, recently approached $500 million in sales over a 52 week period ending on October 6, according to IRI, a Chicago-based market research firm.

Bud Light Lime ‘Rita beverages are now the top-selling products among all “progressive adult beverages,” a catchall name that IRI has given to the category, which also includes wine-based drinks and ready-to-drink frozen cocktails. Given the short time frame, it’s an incredible achievement, especially considering that the space has for years been dominated by the aforementioned Mike’s Hard Lemonade and Smirnoff Ice.

Certainly, the prodigious marketing and distribution clout of AB was critical to the rapid growth of Bud Light Lime-A-Rita, yet, it appears that the timing of its launch was just as important. Consumers, particularly millennials, have increasingly sought out innovative and eclectic flavors in all aspects of their diets, a notion evidenced by a surge in demand for the tangy, savory taste offered by margarita cocktails.

Moreover, the accessibility of Bud Light Lime-A-Rita as a ready to drink product addresses occasion-based demand for margaritas and offers convenience at places like beaches, where the transport of ingredients and blending equipment can be a considerably clunky endeavor.

Considering the barrels of cash that its Rita brand has produced for the company, it’s no surprise that AB is planning to roll out other flavors to the line – nor that rival producers are jumping into the fray. AB recently introduced a new seasonal cranberry-flavored line extension called Bud Light Lime Cran-Berr-Rita and plans to bring a mango-flavored variety to the market next year. Meanwhile, Heineken is set to launch Dos Equis XX Dos-a-Rita, a product described as a “lager margarita,” in the coming weeks.

“Bud Light Lime Lime-A-Rita and Straw-Ber-Rita have been immensely popular among adult consumers, and we see a huge opportunity to experiment with the Ritas,” Pat McGauley, AB’s vice president of innovation, said in a statement.