The Paleo lifestyle is on the front of the New York Times’ Style section as I sit down to write this, which kind of steals the thunder from a column about Paleo.

The business media has been all over the story of Wal-Mart and Kroger showing strong sales numbers due to increased sales of organic products, which kind of steals the thunder from a column on the mainstreaming of organic.

The White House is brewing its own beer; Anheuser Busch bought Bluepoint, and craft brewing is widely recognized as the category’s chief source of momentum, which kind of takes the fizz out of any column on craft beer (although you should check out our package on hops and beer regardless – it’s great stuff!).

Food & Wine and The New Yorker are all over the fermentation trend; the Wall Street Journal has recognized the growth of Sparkling Ice; Green Juice has been featured on everything from Girls to Married (“eat your fruit, juice your vegetables!”) and even the differences between raw and cold-pressed have been settled on some labels. Everyone has a favorite cold brew. 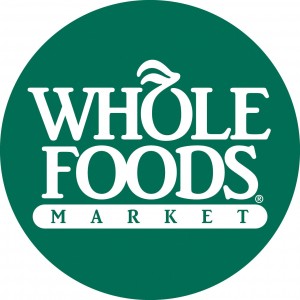 So where can we go?

Or, more importantly, where can Whole Foods go? Now that its 350-plus stores have so significantly influenced American food culture, isn’t the tail starting to wag the dog? After all, with conventional grocery out-pricing the chain on basic organic products, the company has announced its intentions to double down on pricing reductions and re-devote itself to private label. The stock market sure thinks things have gotten bad for Whole Foods, and there are innovators at places like Kroger and Safeway – as well as Target and Costco – looking to expand their stores’ reputations as sources of products that speak to a new generation of families raised with more healthful and adventurous priorities.

So should the company pack it in and head home now that the world has caught up?

The company’s actions indicate it’s a long way from doing that. In fact, it’s exploring new ways to execute behind its core competency.

The issue isn’t that Whole Foods has lost its edge, it’s that that core competency is discovering and defining innovation, not just selling organic kale. And right now, the company is innovating – identifying, by one executive’s count, 70 new in-store categories with white space. This is immensely important because when Whole Foods puts an emphasis on a category, it moves: look at HPP juices, Coffee, Craft Beer, coconut water, kombucha, and tea. All these categories are now being chased significantly by the mainstream, and the Austin mob had a couple of years to enjoy and sort its strategy. Now, it’s turning to new companies and product types, like Tumeric Alive (high-powered botanicals) and Way Better Snacks (sprouted grains) to keep its lead as a retailer brand with a vision of the new.  By staying ahead, the company has a multi-year head start on most new trends, ones that allow it to reap the high margins from being the “paper of record” for grocery.

Right now, as supermarkets consider whether to integrate their organic products or keep them ghettoed in the natural set, Whole Foods is showing brands a template for proper engagement with their consumers, keeping them attuned to the social, nutritional, and culinary mission of the store. The company was criticized in some quarters for pushing too hard on labeling for genetically modified organisms (GMOs), for requiring suppliers to be wary of supply-chain issues and for otherwise raising the bar.

But that’s their plan, and they do it better than anyone. By raising the bar, Whole Foods makes the rest of the field aspire to something higher. That the crew from Austin is the one who determines “how high” means that it’s able to keep its nice, long head start.

The point of differentiation for stores, as well as brands, needs to be honed, and the point of Whole Foods is category innovation and leadership, not just devotion to the organic or the natural. It’s creating the template and the trail; the others will follow eventually, but the margins will get slimmer while the purpose keeps getting stronger.

The tail might be wagging the dog right now, but we know where the head is. It’s pointing forward.