After two consecutive years of single-digit sales declines, Sierra Nevada Brewing is refocusing its efforts on selling its flagship Pale Ale while also telling its story to consumers. 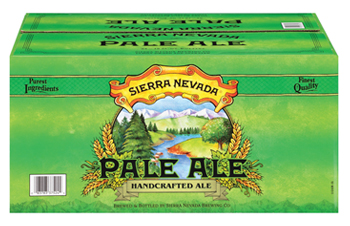 Some of those declines are due to lagging sales of the company’s products at on-premise bars and restaurants, which Whitney said has been “really hard for us for a number of years.” And it’s only gotten tougher, he said, as thousands of breweries have opened their doors since Sierra Nevada launched, driving a shift in consumer demand for local products.

Whitney said another issue for the 38-year-old California-headquartered brewery, which also operates a production facility in North Carolina, has been an ever-rotating suite of new craft beer offerings at bars and restaurants.

“Pale Ale is still there, but when there’s 50 handles and there used to be two or three, your velocity just goes down,” he said.

This year, Sierra Nevada is scaling back its focus on innovation in an effort to refocus on Pale Ale, which accounts for half of the company’s volume, Whitney said. In the process, the company hopes to win back some of those surrendered tap handles and re-engage with consumers on “a deeper, louder level.”

“With our sales force, we don’t want them to focus on all shiny toys,” he said. “We have a nice assortment of them, but we really want to focus on Pale Ale and making sure that’s available where it should be.”

Last year, dollar sales of Sierra Nevada Pale Ale declined 8.1 percent (more than $10 million), according to IRI Worldwide, which tracks category-wide sales trends at off-premise retailers. And those trends have yet to bounce back in 2018. Through January 28, dollar sales of Pale Ale were down 5.3 percent in IRI’s multi-outlet and convenience (MULC) universe of stores.

“We need to do a better job of communicating who we are and what we stand for and what we’re about,” he said.

First Beverage Group, one of the top dealmaking firms in the beverage industry, has spun off its investment banking division and merged the unit with Seattle-based Cascadia Capital’s consumer and retail team. Specific financial terms of the transaction were not disclosed.

First Beverage Ventures, the group’s private equity division, which has invested in emerging companies such as Drizly, Health-Ade Kombucha and Essentia Water, among others, was not included in the deal.

After taking on a “considerable amount of debt” to build a $20 million secondary production facility in Virginia Beach in 2015, Green Flash Brewing founder and CEO Mike Hinkley is on the hunt for new investment. 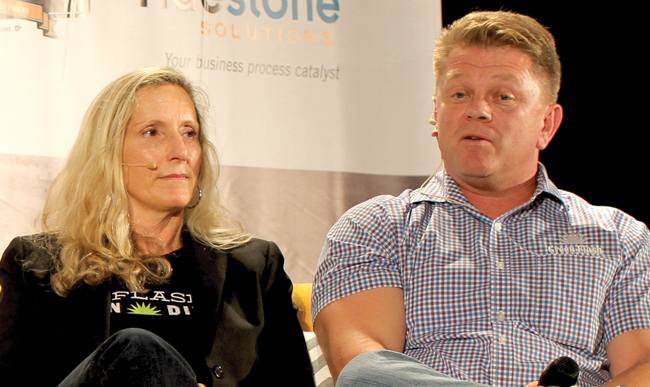 The San Diego-based craft brewery has retained SSG Capital Advisors — a boutique investment banking firm that specializes in mergers, acquisitions, restructurings – to help it bring on a new partner.

A teaser document sent to potential investors introducing the opportunity said Green Flash was exploring “strategic alternatives,” including a sale of the company. But Hinkley, who owns 30 percent of the business, told Brewbound that a sale of the entire company was not imminent.

“However Green Flash goes forward, I will be here, and I’m not selling,” he said.

Instead, Hinkley said Green Flash is hoping to trade equity to a deep-pocketed investor who can help it pay down debt owed to Comerica Bank.

The company’s search for a new partner is being driven by a since-abandoned strategy to expand distribution to 50 states, the construction of the large-scale East Coast production facility, and a desire to acquire smaller breweries – initiatives that tapped the company’s financial resources and eventually forced it to retrench back to its core markets.

“Hinkley described his company’s decision to finance a sprawling 58,000 sq. ft. production facility — which is currently underutilized — with debt instead of equity as a “mistake,” and he characterized Green Flash’s current capital structure as “a bit of a mess.”

“The debt drawn to fund the construction of the East Coast facility coupled with a reduction in capacity utilization by adding a second plant has negatively impacted liquidity and profitability,” the document states.

Now, in order to continue operating, Green Flash needs outside investment. This is the second time Green Flash has attempted to recapitalize; a deal that would have brought an influx of cash to the business fell through at the end of last year, Hinkley said.

Once last year’s deal fell through, Green Flash, which had sold its products in all 50 U.S. states, announced that it would pull distribution from 32 of those markets and terminate 33 employees.

After a yearlong search, Boston Beer Company has named Dave Burwick its next CEO.

Burwick — who has served on Boston Beer’s board of directors since 2005 and is expected to supplant longtime CEO Martin Roper in the second quarter — was the CEO of Peet’s Coffee & Tea, Inc., a Bay Area-based specialty coffee maker.

Boston Beer founder and chairman Jim Koch said Burwick was an early candidate for the position, given his familiarity with the company’s brands, which include Samuel Adams, Angry Orchard, Twisted Tea and Truly Spiked & Sparkling.

At Boston Beer, Burwick will be tasked with returning the sixth largest U.S. beer company to growth.

While at Peet’s, Burwick is credited with doubling sales from $395 million to nearly $800 million, as the company opened more than 70 new cafes and launched a ready-to-drink (RTD) line distributed through its own cold-chain DSD network.

That experience opening retail outposts could come in handy at Boston Beer, which has been slow to react to a booming, direct-to-consumer taproom trend that has swept the nation and now accounts for nearly 10 percent of all craft beer sales.

Boston Beer is currently eyeing a vacant space in downtown Boston for a satellite taproom, and it recently renovated its research-and-development brewery in the Jamaica Plain neighborhood of Boston to include a larger taproom that sells full pints.

“Dave was able to find opportunities for growth, often outside of Peet’s traditional and narrowly defined business,” Koch said. “He was able to look at the landscape and find suitable ways for Peet’s to grow, in ways that hadn’t in the past.”