As a business writer I go back long enough to have caught the tail end of an era when corporate honchos sought growth by assembling unwieldy collections of unrelated businesses into giant conglomerates, on the theory that their different dynamics and business cycles would provide a hedge against relying on a single business. (As occasional scandals at conglomerates like Tyco International brought into high relief, having enough moving parts also makes it difficult for investors to get a good read of what’s actually going on under the hood.) The trend really got started in the 1960s, thanks to low interest rates and a lurching business cycle that often enough left weakened companies vulnerable to acquisition overtures. So we ended up with soda companies (Coca-Cola) getting involved in unrelated businesses like motion pictures (Columbia Studios) and wines (Wine Spectrum). Often enough, these turned out to have fewer synergies than managers had anticipated and they ultimately were shed in favor of operating a more focused, streamlined corporation.

While I can’t claim that financial analysis is my forte, I’ve been mystified by quite a few spinoffs over the years. Barnes & Noble, for instance, seemed to me to have a pretty good counterbalance to the vagaries of the book business with its GameStop videogame chain, which operated under dynamics that didn’t seem entirely alien to those of B&N. After all, both were retail operations that carried physical copies of media items that could be most effectively sold by an informed, enthusiastic sales force. But B&N spun off GameStop in 2004, at a time its hold on the book business already seemed to be slipping. True, that made it easier for top executives there to focus on the core bookstore business, but I sometimes wonder whether managers at B&N didn’t subsequently wish they had the cash flow and diversity of GameStop’s thousands of stores. By now, of course, both are grappling with the existential threat of the Internet. 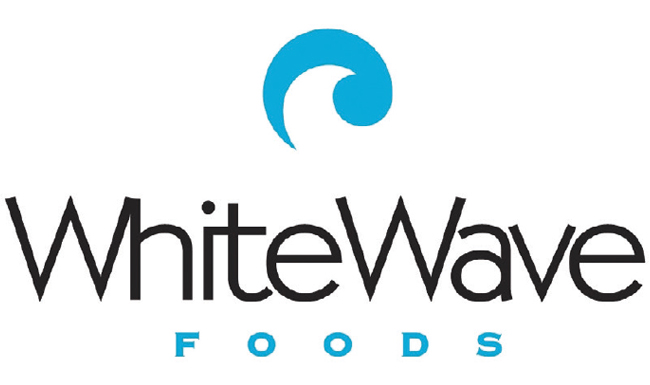 In our world of beverages, the one that mystifies me the most is Dean Foods’ decision to spin off its WhiteWave operation a few years ago – precisely at the time that dairy alternatives were picking up momentum and retailers were beginning to cut over big chunks of space to merchandise them. With its well-developed DSD system, Dean Foods seemed to me to be highly synergistic to the WhiteWave Foods operation: after all, as milk volumes declined, WhiteWave’s soy and almond and other beverages were poised to neatly fill the void, in the process getting into the impulse nooks and crannies where those brands could really accelerate. It wasn’t lost on me, either, that Dean’s CEO, Gregg Engles, wasn’t staying put with the mother ship but instead fleeing aboard the good ship WhiteWave.

So how has that panned out? Of course, we all know that WhiteWave soon enough was scarfed up by Danone, which had been struggling with some of the same headwinds on the dairy side as Dean Foods. So it picked up some needed diversification – and Dean Foods can look at having indirectly empowered a key global rival. Did Danone get a good deal at that $12 billion sticker price? I’m not sure it did, and there are rumblings of some buyer remorse at the French giant as it delved more deeply into WhiteWave’s operations post-acquisition. But strategically, it made great sense. Meanwhile, Dean has been left scrambling to deal with the difficult economics of the milk business and trying to plug some of the gap via such means as its joint venture with the growing organic co-op Organic Valley. That just reinforces to me that the whole spinoff idea is overrated, if not entirely misconceived. In the name of “unlocking shareholder value,” Dean disabled itself in the longer run in a manner that ended up vaporizing a lot of its market capitalization. Readers who’re more financially astute than me, am I missing something here?

Indeed, if you can scan the corporate landscape, there are plenty of examples of conglomerates that are performing well – say, the complex assortment of companies that Warren Buffett and his team operate under the Berkshire Hathaway umbrella. And there are examples of close-in, stick-to-your-knitting acquisitions that have been disastrous – say, Quaker Oats’ fumbled acquisition of Snapple, which cost the company its independence. It turned out that the difference between the warehouse-delivery system that Quaker used for its Gatorade brand and Snapple’s DSD orientation was simply too great a chasm for Quaker’s managers to surmount – as daunting, in retrospect, as trying to weld together soda and movies into a growth powerhouse.

If Dean’s rationale for spinning off WhiteWave mystified me, so am I flummoxed by the continued drumbeat of abuse that PepsiCo has to weather for not breaking apart its beverage and snack businesses. Justified via rubrics such as “The power of one,” the logic actually seems quite sound to me: beverages and snacks are highly complementary, impulse-driven, DSD-reliant categories and, as major traffic drivers at retail, do serve to make Pepsi more important to its national accounts. If Pepsi’s North American Beverages unit is losing ground to Coca-Cola, it’s certainly not clear to me that the solution is to spin off beverages into a separate company that would be a distant No. 2 to Coke. To me, any benefits the operation would receive from greater focus would be offset by that loss of retail clout.

So I guess where I net out with all this is that some conglomerates succeed, others fail; some single-business corporations thrive, others falter. It’s hard to point to the corporate structure alone as being the determining factor. Maybe Dean Foods should have just held on to WhiteWave, and maybe PepsiCo just needs to execute better on beverages.