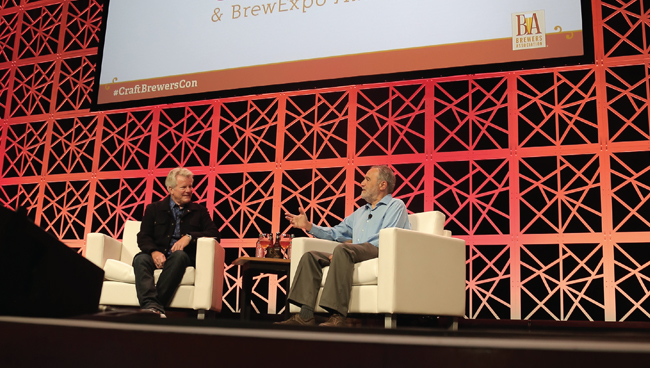 The Brewers Association used its annual Craft Brewers Conference (CBC) gathering, held earlier this month in Nashville, Tennessee, to further draw a line between the companies it represents – small and independent U.S. breweries – and those brands owned by larger, international beer conglomerates.

“The many faux craft, crafty, captive, capitulated and acquired brands are weapons in the arsenal of the big breweries and used to control as much of the market as possible,” Left Hand Brewing co-founder and BA board chair Eric Wallace told thousands of industry professionals attending the event’s first general session.

Wallace – who pointed to a lack of ownership disclosure on acquired craft breweries’ labels, “monopolistic practices” that he claimed prevented small breweries from accessing raw materials and distribution channels, and “rampant violations of trade practices,” among other accusations – made an impassioned plea for greater adoption of an independent craft brewers seal unveiled by the BA last June. 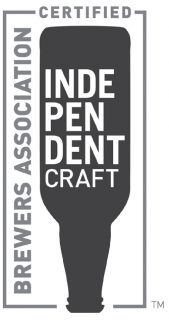 That badge, an upside down beer bottle with the words “independent craft,” helps “clear the smogginess in the air created by the lack of transparency and obfuscations by the large multinational breweries,” he argued.

“These guys are out to eat our collective lunch and take your kids’ lunch money as well,” he said.

In many respects, the 2018 Craft Brewers Conference – which was attended by upwards of 14,000 brewers, distributors, retailers, suppliers and other industry professionals – served as the BA’s biggest opportunity to promote the indie seal to more than 6,300 breweries that compete within the broader U.S. beer marketplace.

“If you package your beer, please think long and hard about adding the seal to your packaging,” Bob Pease, the CEO of the BA said during his first general session remarks. “We know that is not an easy ask, but it’s important.”

To stress the importance of adopting the seal, the BA heavily promoted it throughout the week.

In addition to pitching it from the main stage, the BA plastered images of the seal throughout the Music City Center, where the event was held, and named the WiFi network “Independence Matters.”

In his remarks on day one of the conference, Pease – who noted that more than 3,300 BA-defined craft brewers had already adopted the seal, placing it on labels, marketing materials or in their taprooms – argued that the seal is a sign of unity among BA members, and that it helps smaller companies clearly differentiate their brands from those acquired by large brewers such as Anheuser-Busch and MillerCoors.

According to Pease, those companies “seek to blur the lines of independence and confuse the beer drinker.”

But after the weeklong event concluded, a rebuttal from Molson Coors chairman Pete Coors emerged in the form of an “open letter.”

In it, Coors claimed that BA leadership, through its ongoing campaign against “big beer,” “does a great disservice to the entire beer value chain by attempting to pit one part of the industry against another.”

“You undermine your credibility by pitting us against one another to the ultimate detriment of the entire beer industry,” Coors wrote.

“There should be no room for cheap shots and insults (“faux”, “crafty”, “capitulated” beers) for each other,” he wrote, noting that the BA’s definition of what it means to be a craft brewer encourages “prioritizes insults” and encourages division within the industry.

Once Coors’ remarks hit the Internet, Ninkasi Brewing co-founder Nikos Ridge, who has staunchly defended independent craft breweries over the years, took to the company’s blog to offer a rebuttal.

“What’s insulting is for you to lie to craft beer customers about the origins of their beer and then argue that it’s a problem when we [craft brewers] point it out,” Ridge argued. “Why don’t you call it ‘MillerCoors Hop Valley?’ Because you know what you purchased is the ability to lie to customers and to cash in on craft credibility.”

Sales of Ninkasi, which launched in 2006 and was ranked by the BA as the 38th largest craft brewery in the U.S. in 2017, declined last year.

That’s because growth for more established craft beer companies is harder to come by, BA chief economist Bart Watson shared during the conference.

According to Watson, breweries founded after 2014 are driving the majority of segment growth. Those breweries collectively added 916,000 barrels to the category in 2017, which represents growth of 52.6 percent versus 2016.

Breweries founded before 2014, however, added 285,000 barrels to the craft segment and collectively grew just 1.3 percent.

Watson, along with BA director Paul Gatza, shared these statistics and other figures during the duo’s annual “State of the Industry” presentation.

Watson’s advice to some of the newer breweries in the room? Set “realistic expectations.”

“While you’re growing fast now, don’t expect that you’re going to beat the odds when so many older or experienced breweries were not able to,” he said.

During their presentation, Watson and Gatza confirmed growth figures that were released in March — one in eight beers purchased in 2017 came from small and independent brewers. Watson said craft’s 12.7 percent share of U.S. beer market volumes last year was a record, and noted that craft dollar share increased to 23.4 percent.

“Craft share is at an all-time high,” he said. “But at the same time, it’s more competitive than ever out there, in particularly with competition from the world’s largest brewers and not to mention wine and spirits.”

That’s something Coors himself no doubt agrees with.

“We have enough competition inside the beer business and outside it with wine, spirits and, increasingly, marijuana,” he argued in his letter to the BA.

Nevertheless, craft’s market share would be a lot higher if it were not for acquisitions made by big brewers, Watson said, noting that those purchases “have pulled a lot of volume out of the craft data set.”

In 2017, BA-defined craft grew volume by 5 percent. According to Watson, craft has settled into a “more realistic” longer-term growth pattern in the mid-single digits. He added that while the extra 1.2 million craft barrels produced in 2017 was “impressive,” compared to the past, “it’s certainly down.”

“I don’t think we’re ever going to see a year with three or three and a half million barrels added again,” he said.