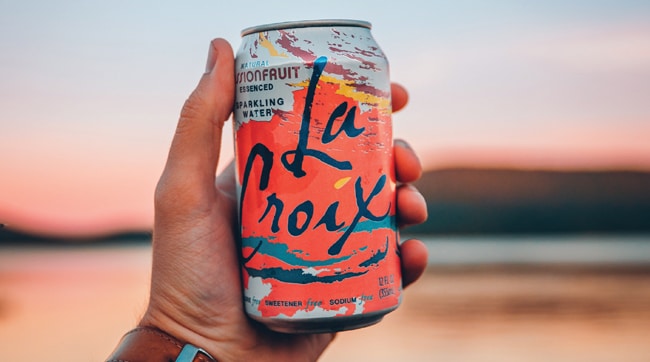 I grew up in New York, on Long Island. I’ve spent the last 50 years in Manhattan. I can rightly say that I’m a dyed-in-the-wool native. I did take off after college and travel for 7 years, but that’s for another and longer discussion. For now, I want to say that watching a “new” beverage category take off has a special meaning to me — and a surprisingly nostalgic one.

Growing up in the fifties, there were certain rituals and customs in our life styles that we held dear. One of my favorite memories is when we got home delivery of our assortment of beverages. In those days you had a distributor — or as we called him, the “soda guy” — come to your home, go into your garage and drop off your order. We were a Coca-Cola, Ginger Ale, 7-Up family. We would put our old bottles in the crates and miraculously a new batch would appear. But more relevant to this column, we were seltzer bottle aficionados. They were the cornerstone of our deliveries. There was nothing like receiving our “two cents plain” in those glass bottles with the spray nozzles. Nothing captured life for a Jewish boy from Great Neck more than those deliveries, and those bottles.

So, imagine my joy to find that seltzer has come back to prominence. Over the past few years, the bubbles have come back, and with a vengeance. Never before has seltzer taken such an important role in beverage marketing. There has always been the occasional brand or two in the marketplace, usually in a secondary position, as a cute addition to one’s portfolio, but never as a headliner.

Today, seltzer and sparkling water have taken front and center in the beverage universe. What started as a trickle, with entries such as Sparkling Ice, a long time innovator, has led to a full- scale invasion. They were so ahead of the curve, and were followed by the likes of La Croix and dozens of other brands that are now competing for consumer’s palettes and dollars. You cannot go into any store, be it a grocer, warehouse, convenience store, drugstore or restaurant without seeing dozens of seltzer-based offerings. They are everywhere, and I couldn’t be happier. Even the alcohol players have jumped in, and these hard seltzer brands offer a great alternative to harder and heavier drinks.

Health and wellness are the mantras today as our society tries to live better. Diet is a major aspect of that move toward better-ness. Seltzer should be lauded, as one of those better-for-you products that is pouring into the market. I’ll take a low-to-no-calorie, tasty and refreshing beverage any time. While there is no perfect drink other than water, these seltzer options are the next best thing, even better than the nostalgia.