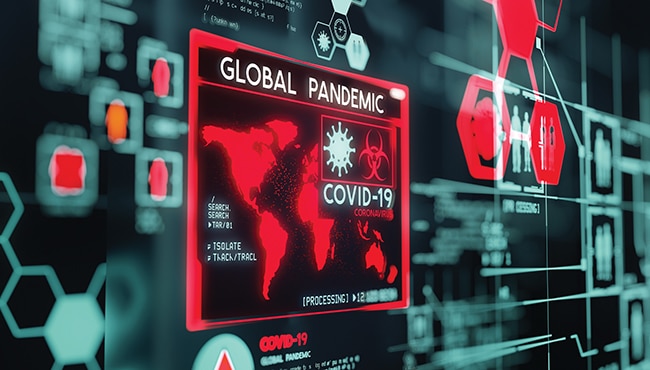 With the outbreak of the novel coronavirus paralyzing the global economy, two of the food and beverage industry’s major annual trade shows, Natural Products Expo West and Summer Fancy Food Show, were forced to announce the cancellation of their respective 2020 events this spring.

For Expo West, scheduled for March 4-8 in Anaheim, California, event organizer New Hope Network attempted to address attendee concerns regarding safety and hygiene in the weeks ahead of the show. Reaction was mixed, however, and a significant number of attendees and exhibitors began to voluntarily pull out of the event in the days leading up to its opening. The four day trade show was expected to attract over 85,000 people.

“It is now clear, despite continued advice from local government and health authorities that the City of Anaheim remains open, that the majority of our Community want the show, but they do not want it now,” the company wrote in an email statement to attendees and exhibitors.

At the time, New Hope stated its intention to find a rescheduled date, set for sometime “before the summer,” for Expo West 2020 by mid-April. However, in a March 13 email to attendees, the organized said it was cancelling the trade show in order to focus on Expo East 2020, scheduled for September 23-24 in Philadelphia.

“2020 will be the first time in 40 years that we will not host an annual natural & organic products show in Anaheim,” New Hope wrote. “We’re disappointed, and we know many of you will be as well.”

In that email, New Hope also announced the creation of a $5 million fund to “support emerging brands significantly affected by the Expo West 2020 disruption,” and, to be supported by an advisory board of industry leaders.

In April, based on guidance from the board, the group stated a majority of the fund will go towards small and emerging brands primarily defined as first- or second-year exhibitors in 2020 with annual net revenues of less than $2 million in 2019. Other factors, including product certifications (such as organic or non-GMO) and non-refunded event-related costs, will also be taken into consideration for awarding funds. Applicants were to be notified of their funding allotment by May 18.

Roughly a month after Expo West was postponed, the Specialty Food Association (SFA) announced on April 13 that this season’s other major trade show, the 2020 Summer Fancy Food Show, slated to run June 28-30 in New York City, had been cancelled.

The fate of the trade show had been in question since March, when Gov. Andrew Cuomo announced the tradeshow’s venue, the Jacob K Javits Convention Center, would be appropriated as a temporary field hospital for 2,500 overflow patients from inundated New York City hospitals. In a statement at the time, the SFA noted that alongside potential travel issues “ the Javits Center’s critical service in fighting the pandemic… impacts the facility’s availability.”’

On April 6th, Cuomo extended the city’s PAUSE order, along with school closures, through April 29; at the time of this writing, the order has been extended to at least May 16, 2020. The city has issued fines to residents who violate social distancing guidelines.

In a video message and through and online updates, SFA president Phil Kafarakis explained that the delays were due to state and city regulations but promised to maintain transparency.

While the organization didn’t list exact plans for registration fees, both the online press release and an email directed attendees and exhibitors to a “Summer Fancy Food Show Refund Center.” That website indicates that exhibitors can choose between a refund or credit, while attendees will receive a refund. Refunds are expected to take between two to four weeks to process.

“As the leader in the future of food movement, our responsibility is to serve our members through good times and bad,” SFA President Phil Kafarakis said in a release. “Our legacy is one of connecting the global specialty food industry – makers, buyers and distributors – and we’re assessing ways to create an engaging environment for that, outside of the Fancy Food Show.”