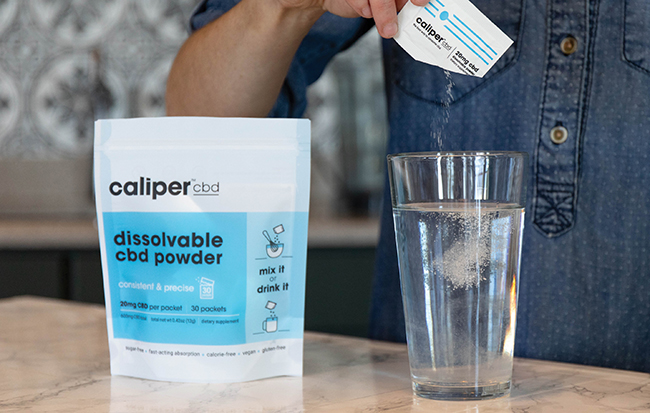 In 2020, the concept of CBD as a treatment for anxiety was truly put to the test.

Thanks to a global pandemic and economic depression, Americans had plenty of reason to seek relief from CBD-infused products — and they did. In an online survey by Brightfield Group of 5,000 CBD consumers from June 2 to 24, 2020, 39% stated that they are using more CBD as a result of the pandemic. Among Millennials and Gen Z consumers, 47% plan on using upping their intake CBD in subsequent months. Thanks to depressed prices for raw hemp, the category is also bringing in new audiences: more middle-income consumers (household income of $40,000 to $75,000) were using CBD in 2020 compared to 2019, and now represent around one-third of total U.S. consumers.

Nevertheless, growth last year fell below pre-COVID projections. Although the total U.S. CBD market is still expected to reach $16.8 billion by 2025, there are some key factors affecting the way brands are behaving. As CBD beverage companies large and fall fight to have their say, major players like Molson Coors (via Canopy) and Tilray are starting to arrive in the U.S. Additionally, with a still unclear regulatory landscape, startups are looking to diversify their portfolios and expand their appeal.

The lack of federal oversight on CBD hasn’t stopped products from quickly proliferating across categories and channels, but there are growing signs that conditions are beginning to drag on brands and retailers working in the space. In response, a growing number of companies have looked to use non-hemp extensions.

For some, going beyond CBD is about making the broader connection with health and wellness — a much more crowded but inviting space. Nearly 40% of CBD consumers use infused products for general health and well-being, according to a Harris Poll in 2019, providing brands a rationale to to move into other, non-hemp areas, while the ongoing pandemic has accelerated the value of health and wellness associations even further.

Boston-based Beam is one such company, having introduced its first non-CBD product, a three-SKU line of electrolyte drink powders, in February to complement its existing hemp-infused salves, tinctures and capsules. At the time, Beam co-founder Matt Lombardi said the move was part of an intentional move to not become boxed in as a CBD company and deepen its credibility in holistic wellness by not putting hemp in every product. Similarly, the credibility that Colorado-based Weller had generated around its hemp-infused food and drink products allowed it to step into another trending health area — immunity support — last summer with a line of non-CBD flavored seltzers. Elsewhere, CBD-infused sports water line Defy also made a similar move by introducing its non-hemp alkaline water in February.

Other CBD brands are feeling a similar pull from health and wellness trends, but also for more practical reasons: going outside hemp is a way to keep momentum going while cautious retail buyers and distributors await further guidance from the FDA. New York-based Cloud Water introduced its +Immunity line in July, helping it make the leap from DSD for its CBD drinks (Big Geyser in New York and Hi Touch in SoCal and Exlusive Brands in Miami) to broadline distribution through KeHe and UNFI. CEO and co-founder Marc Siden said the company has been able to “cast a wider net” with distributor partners by offering a less expensive item (MSRP $2.79 – 2.99, compared to $3.99 – 4.99) that continues to build around its overall story of better-for-you hydration and functionality. That interest in turn helped the company secure $2.7 million in seed funding in March.

Taking a slightly different tack, some CBD beverage brands are using their success to make their way into other infused formats. Having already launched a CBD energy drink, Daytrip introduced gummies in February; at the time, Daytrip CMO Lynn Furge noted that, for both consumers and the company itself, the barrier to entry to the category is low and the offering is easily understood. 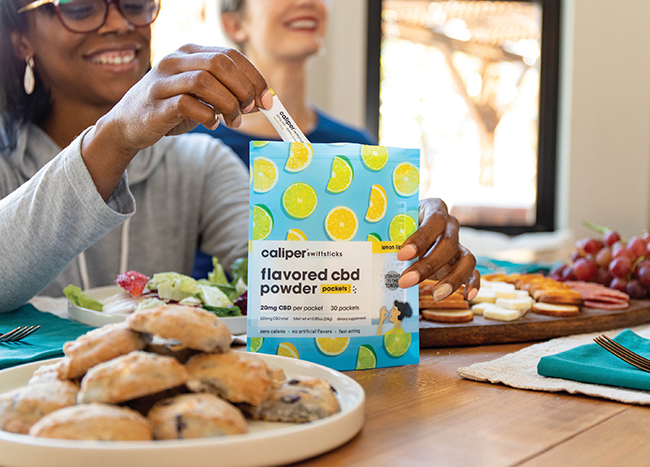 For Justin Singer, CEO of Caliper Ingredients, the absence of federal oversight for CBD in food and beverage products has done more than slow growth: it’s put consumers at risk. In its wake, the industry has been operating in a grey area in which credibility and validated scientific evidence has been in short supply, leaving shoppers with little information with which to distinguish good actors from bad.

“The space has a credibility problem, and the only option is to show your work,” said Singer. “This is a space where the industry has done itself a disservice with all the boosterism in the first generation and unfounded claims and failure to accord to basic regulations around labeling. So it just became imperative if we were going to distinguish ourselves by being what we say we are to prove that in a way that’s unimpeachable.”

The company, which manufactures and supplies CPG companies with soluble CBD ingredients, as well as marketing its own single-serve dissolvable powder packets, is attempting to change that narrative through research in partnership with publicly funded universities. In conjunction with Colorado State University, Caliper recently completed what it called the CBD industry’s first human clinical study of commercially available CBD-infused food and supplement product pharmacokinetics, which is set to be published in a special edition of the medical journal Pharmaceuticals. Other ingredient suppliers are also conducting studies in parallel, attempting to nail down the value of a variety of cannabinoids and form factors.

According to the CSU study, Caliper’s ingredients showed a better absorption rate than other standard CBD ingredient formulations. More specifically, they revealed that some of Caliper’s hypotheses — such as the idea that nano-sized particles would absorb faster than larger ones — were incorrect. Yet the act of submitting to a significant human trial may be the most important result from the study.

“One feature of working with academic partners is that you don’t have control over analysis or publication of the results, and that’s one reason why a lot of companies won’t work with them,” he said. “The fact that these turned out to be very different was fascinating to us because it put even more meat on the bone to our contention that you have to do the work to make the claims, because people and products are unique.”

Beyond serving to bolster its own reputation, Singer sees Caliper’s study as a way to help push for greater scientific scrutiny within CBD. Other groups and forces are contributing their own pressure: the Federal Trade Commission (FTC) announced a crackdown on deceptive marketing claims for CBD products in December. Meanwhile, Singer said, an unnamed retail partner asked Caliper to sign a letter of guarantee that it would not make any claims without evidence, which he took as a sign that the industry is beginning to police itself. To that end, Weller, which had been using Caliper for years as its supplier for hemp products, recently made the partnership public.

The question remains if scientific due diligence will trump nice branding and shelf appeal for the average CBD consumer. But Singer bristles at the notion that the burden of education is on individual users rather than the FDA.

“When it comes to food and drug, the consumer is not in a position to assess whether there’s a latent defect in the product — you can’t tell if Tylenol is fast acting just by looking,” he said. “The whole basis of these claims and the marketing dollars that go towards them is the belief that someone is policing whether there is a basis for making them. And that’s where the federal government just has to step in. There’s no substitute for it.”

Well, maybe a non-CBD fallback plan is a substitute for the brands, but without clear direction, it’s going to be hard to know whether that strategy serves as a temporary, incremental pivot, or a life raft.