NEW YORK & COLTON, Calif.–(BUSINESS WIRE)–AquaHydrate, creator of an enhanced water that, through a proprietary process, is a purified, alkaline water with electrolytes and trace minerals, today announced that an affiliate of The Yucaipa Companies, LLC (“Yucaipa”) has invested $10 million in the company. The capital infusion will strengthen the AquaHydrate’s balance sheet and provide financing for an accelerated national roll out of the revolutionary sports drink.

Yucaipa is a premier investment firm with a superior track record of fostering economic value for shareholders through the growth and responsible development of the companies it invests in.

Ronald Burkle, Chairman of Yucaipa, said, “AquaHydrate is one of the most exciting brands in the bottled water industry with great potential for future growth. We look forward to taking an active role in working with AquaHydrate’s talented management team to drive this long-term growth, profitability and value for all shareholders.” 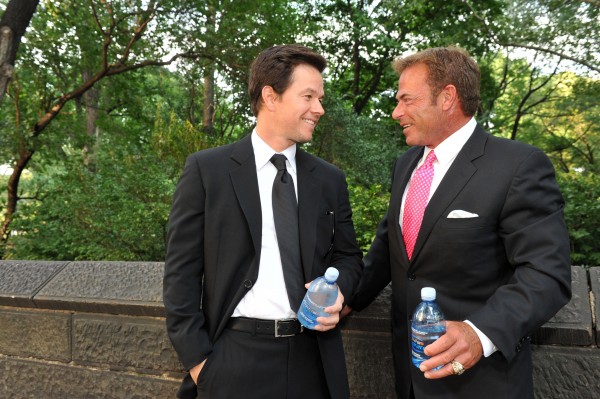 “We are pleased that Yucaipa and Ron Burkle, with their impressive track record of successful investments, have decided to make an investment in AquaHydrate,” said AquaHydrate CEO and Chairman Steven Fisher. “We view this investment as a vote of confidence in both our business and in the growing sports water segment. The investment, along with the AquaHydrate’s other capital raising efforts among strategic investors, will further strengthen our balance sheet, allowing us to capitalize on the growth opportunities ahead.” Mr. Fisher is a member of the third-generation New York construction and real estate family and also serves as the Chairman and CEO of Plaza Construction Company. Plaza is a leading New York-based construction company with revenues of more than a $1.4 billion and more than 450 employees. The Fisher family are early stage investors in AquaHydrate.

The new capitalization further accelerates AquaHydrate’s drive into the $15 billion dollar U.S. bottled water market. Advising AquaHydrate on the transaction was privately owned merchant banking firm Emerald Partners, whose principal, Matthew Howison, serves on AquaHydrate’s Board of Directors providing advice on capital raisings and corporate strategy leading to an eventual IPO of the Company. Emerald Partners are early stage investors in AquaHydrate. Actor Mark Wahlberg also serves on AquaHydrate’s board and is a foundation shareholder. The Oscar-nominated actor was first introduced to AquaHydrate during his rigorous training regimen for the film “The Fighter,” a boxing biopic that premiered last year.

AquaHydrate continues its discussions with a number of major strategic investors in order to secure a long-term partner that will provide distribution and an enhanced marketing capability for the product to allow the company to further advance to the national rollout out phase of its U.S. strategy. There are plans to expand into overseas markets and discussions are being held with major international beverage distributors. AquaHydrate is currently available in the U.S. in more than 2,200 stores including grocery, health and natural food stores and online.

AquaHydrate is made through a proprietary, multi-step process in which water is purified to some of the most rigorous standards in the industry, raised to an alkaline pH of 9, and then supplemented with electrolytes and natural trace minerals. AquaHydrate is the only bottled water on the market with this unique combination of purity, electrolytes, minerals and alkalinity.

AquaHydrate is aimed at discerning consumers in the health and fitness markets. AquaHydrate is the water of choice for elite and professional athletes such as All-Pro Vince Wilfork of the New England Patriots, golf legend Jack Nicklaus, professional women’s basketball player and Olympic Gold Medalist, Delisha Milton-Jones and countless others. AquaHydrate is the official sports beverage of the Men’s and Women’s USA Water Polo Teams as they train for the 2012 Summer Olympics, where they are expected to be among the top medal contenders.

AquaHydrate is available through a variety of grocery, health and natural foods stores throughout the U.S. and through the website.