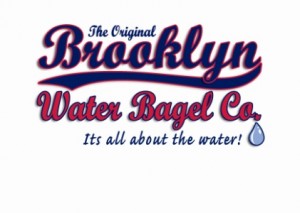 Boca Raton, Fla. (Sept. 19, 2011) – The Original Brooklyn Water Bagel Co., the pioneering bakery/cafe restaurant that creates Brooklynized™ water for use in all of its food, beverage and bakery products, today announced that Leonard Marsh, a co-founder of Snapple Beverage Corp., joined its board of advisors. Marsh, who served as chief executive officer and president of the company when it went public, was instrumental in growing Snapple from its inception into an iconic national brand. He will bring his years of experience in taking a new health-conscious concept and growing it into a major business to the board.

“How Leonard Marsh and his partners created Snapple will be studied in business schools for generations, and we’re fortunate to benefit from his wealth of knowledge in growing a national company,” said Steven M. Fassberg, president and chief executive officer of The Original Brooklyn Water Bagel Co. “The parallels between what Marsh accomplished and our goals include a focus on offering great-tasting, innovative products and service that’s unique in the marketplace at a price people can afford.”

In 1972, Marsh and two partners started a company called Unadulterated Food Products. They sold juices to health-food stores in New York’s Greenwich Village.  In 1980, Marsh was instrumental in the introduction of a line of all-natural juices with the Snapple name, which came from one of its first products – a carbonated apple juice that had a “snappy apple taste.”

The introduction of Snapple Lemon Tea in 1987 – which at the time was the only ready-to-drink iced tea brewed from real tea made with all natural ingredients – launched the company onto the national stage. When Marsh and his partners sold the company in 1994 for $1.7 billion to Quaker Oats, it had annual sales of about $700 million, and its bottled juices and teas could be found in delis, supermarkets, vending machines and homes across the country.

“The Original Brooklyn Water Bagel Co. is different from all the other organizations that have approached me over the years to get involved in their companies,” Marsh said. “With their Brooklynized™ water, they can build a big bagel business, and then a big water business. This combination of a great product and the executive team’s passion for the business is an excellent mix for success.”