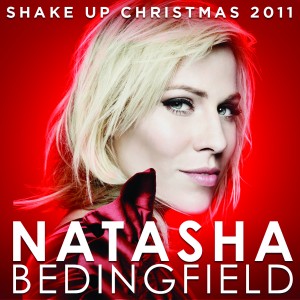 ATLANTA–(BUSINESS WIRE) — Coca-Cola is going global for the holidays again this year, this time with the help of international pop star Natasha Bedingfield. As part of a fully integrated marketing campaign, Bedingfield is putting her unique spin on the holiday anthem “Shake Up Christmas”, not just through her inspiring vocals, but through her amazing flair for languages. Bedingfield has recorded the song in a remarkable six languages – including Spanish, French, Swahili, Filipino and Ukrainian in addition to English – reflecting the truly global tradition of coming together at this special time of year, a key message of the Coca-Cola holiday campaign.

In addition to launching Bedingfield’s version of “Shake Up Christmas,” Coca-Cola is introducing new television spots, online and mobile experiences, in-store promotions and packaging. The campaign, which is an extension of the global marketing platform “Open Happiness” is set to launch this month and roll out in over 90 countries across the globe over the coming weeks.

Leveraging the success of the 2010 holiday campaign, Coca-Cola revisits the world inside Santa Claus’ snow globe where people who are bogged down by their regular day-to-day activities are brought together – over a memorable holiday tune, a special meal, or a shared bottle of Coca-Cola – to celebrate the holidays and enjoy simple moments of happiness.

The digital campaign has evolved to include new robust mobile initiatives including an application to create and share personalized Christmas greetings by cropping a photo into a dance performance to “Shake Up Christmas,” a Facebook gaming application and gifting of mobile assets, such as customized Christmas wallpaper and ringtones.

“The holidays, in particular, are a time when people take pleasure in coming together and honoring tradition,” said Shay Drohan, SVP, Sparkling Brands, The Coca-Cola Company. “Last year, we added the snow globe to our lexicon of iconic holiday images that includes Santa Claus and the Coca-Cola Holiday Caravan trucks. This year, we continue the tradition of holiday storytelling, but we’ve refreshed the campaign with new creative and Natasha Bedingfield’s unparalleled talent.”

“I feel like this campaign speaks to me personally, since my career often takes me out on the road, which makes me cherish those precious moments with friends and family that much more,” explained Natasha Bedingfield. “When we gather for the holidays, one of our favorite traditions is singing holiday songs, so it’s really meaningful for me to perform a song that friends and families the world over can enjoy together.”

Bedingfield’s uplifting version of “Shake Up Christmas” was created in close collaboration with boutique innovation house Deviant Ventures and accompanies two new television commercials, produced in partnership with McCann Spain and Coca-Cola marketing teams in Germany and Mexico along with the global marketing team.

The first spot opens with vignettes of people who are alone and feel disconnected from shared holiday celebrations: a piano player who performs solo for tables of holiday revelers who are enjoying each other’s company at a restaurant, a father who is stuck working late at the office, a solitary young worker who is hanging holiday decorations on the side of a building. Santa Claus, while on his break enjoying a Coca-Cola in his workshop, begins tilting the snow globe inside which these three men all exist. The Coca-Cola Holiday Caravan delivery trucks are sent into action, and the three men begin rolling to their new destinations to be reunited with their loved ones. A second spot focuses on two boys, who are similarly brought together through the gentle tilts of Santa’s snow globe to play soccer with one another.

Last year, the Grammy® Award-winning band Train took the song to the top of the holiday charts in six countries and hit the top ten in another four, making it one of the most successful holiday singles of the year.

Natasha Bedingfield’s single “Shake Up Christmas” is now available on iTunes. A “mega-mix” that incorporates all six of the languages in which Bedingfield recorded the track into a single version of the song will be made available to consumers as a promotional giveaway via the Coca-Cola Facebook page at facebook.com/cocacola.

The Coca-Cola Company (NYSE: KO) is the world’s largest beverage company, refreshing consumers with more than 500 sparkling and still brands. Led by Coca-Cola, the world’s most valuable brand, our Company’s portfolio features 15 billion dollar brands including Diet Coke, Fanta, Sprite, Coca-Cola Zero, vitaminwater, Powerade, Minute Maid, Simply, Georgia and Del Valle. Globally, we are the No. 1 provider of sparkling beverages, ready-to-drink coffees, and juices and juice drinks. Through the world’s largest beverage distribution system, consumers in more than 200 countries enjoy our beverages at a rate of 1.7 billion servings a day. With an enduring commitment to building sustainable communities, our Company is focused on initiatives that reduce our environmental footprint, support active, healthy living, create a safe, inclusive work environment for our associates, and enhance the economic development of the communities where we operate. Together with our bottling partners, we rank among the world’s top 10 private employers with more than 700,000 system employees. For more information, please visit www.thecoca-colacompany.com or follow us on Twitter at twitter.com/CocaColaCo.

Since the release of her debut album, Unwritten, in 2006, Natasha Bedingfield has sold more than 10 million singles and albums worldwide. In 2004, “These Words” became her first UK #1 single, and was followed by worldwide smash “Unwritten” which has been certified double platinum, and became the most played track at U.S. pop radio in 2006, garnering the singer-songwriter her first Grammy® nomination for “Best Female Pop Vocal Performance.” Natasha’s success continued with the release of her sophomore album, Pocket Full Of Sunshine, which featured the hits “Love Like This” with Sean Kingston and “Pocket Full of Sunshine,” which has sold nearly 3 million copies to date. Bedingfield’s current album Strip Me, reminds us of the gift she has for creating heartfelt, dynamic pop anthems. Musical collaborations such as her recent work with Nicki Minaj and duet with Rascal Flatts have resulted in her current crossover Country hit single “Easy.”