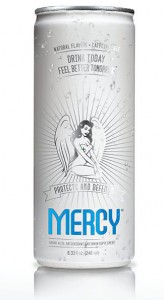 Tomasino, who is also an investor, was formerly senior vice president and managing director of SDI Media, a dubbing and subtitling firm that serves Hollywood studios and TV companies. He led European sales and operations, which helped increase revenue by more than $100 million globally — a success that led to SDI being acquired in 2007 at a significant profit to investors.

He previously worked as general manager at CME Group, a start-up that created private TV broadcasts in Eastern European countries where networks had been government owned. His work helped CME raise $700 million in its initial public offering in 1996.

Giunta, who is an investor in MERCY, has taken the role of head of sales and will be responsible for on- and off-premise accounts in the U.S.

Giunta spent nearly 10 years at Red Bull, where he was most recently responsible for the on-premise sales in the East region. He also held various marketing roles and was instrumental in building the brand in New York City. At age 24, he was promoted to marketing manager in Manhattan, and eventually transitioned to on-premise sales, where he introduced the beverage to many high-end nightclubs, including Marquee, Avenue, 1Oak, Butter and LAVO.

During the last two years, he restructured Red Bull’s sales team and distribution network in the city and created a new position for the company as the regional on-premise marketing manager.

“We are pleased to have two highly successful executives join the growing MERCY team,” said Dave Shor, Founder and Chairman of MERCY.

“Luc and Ryan’s combined wealth of expertise and industry relationships is a tremendous asset that will deeply enhance the brand,” Shor added.