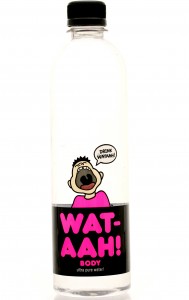 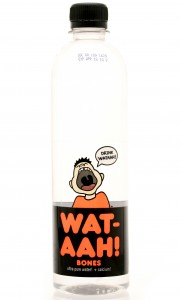 Now 2.5 years in market, WAT-AAH!, the first functional water for kids from Let Water Be Water, LLC, reports significant increases in sales and continues to gain distribution partnerships across the United States.

Sales for WAT-AAH! during the first half of 2011 is up by 400% compared to a year ago and the brand is anticipating a sales of at least half a million cases by year end. The increase is due to growing DSD and school coverage with the most recent distributors of WAT-AAH! including: Matagrano Inc. in San Francisco, High Five Distributors, Inc. in New York, Brooklyn, Staten Island and Queens, Spirits and Sanzone Distributors in East Syracuse, NY, G. Housen in New England, Commercial Food Systems Inc. in the Mid West and US Food Service for school distribution. This latest line-up now join the existing roster of WAT-AAH!’s distributors: Beverage Network of Maryland, Mussetter Distributing Inc. in Northern California, 7-Up Bottling in Nevada, Great States Beverages Inc, in New Hampshire, Blue Coast and Atlas in New England along with natural distribution through UNFI nationally and Nature’s Best and others.

With the mission to fight childhood obesity and reverse kids’ dependency over soda and sugary drinks, WAT-AAH! enjoys the unique position of being the only brand of functional water for kids that is absolutely free of sugar, flavors, coloring and “bad stuff.” WAT-AAH! is available in over 4,000 stores nationwide and is also sold in over 950 schools and school districts across the country. WAT-AAH! currently comes in 5 skus: Brain, Body, Power, Energy and Defense.
“We believe that we have the right branding and marketing to convince kids to make the switch from sugary beverages. We are successfully converting kids to water… a drink they traditionally feel is boring,” says Rose Cameron, a former advertising and branding executive who founded WAT-AAH! “Parents have seen the power of our branding and messaging to steer kids away from sugary sodas; and school administrators across the country believe that we have a very real, very positive impact in their initiative to drastically improve school nutrition and offering.”

Described by many consumers as “the coolest water ever created,” WAT-AAH!’s growth is also fueled by a multitude of highly exposed marketing opportunities and relationships that the brand has accumulated since inception.

In fact, WAT-AAH! has partnered with celebrities and some of the most influential figures and organizations in leading the fight against childhood obesity that include Michelle Obama’s Let’s Move, NABEF, President Bill Clinton’s Alliance for A Healthier Generation, Beyonce, Willow Smith and NJ Nets’ Kris Humphries to name a few. In addition to aggressive billboard and print campaigns, WAT-AAH!’s viral marketing initiatives have reached millions of consumers nationwide. It has also participated in hundreds of events across the country including The NY International Children’s Film Festival, Harry Potter VII Movie Premiere, Camplified Rock Tour and many more others.