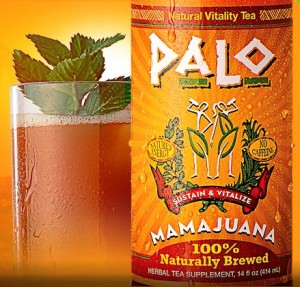 “We are excited to see PALO with Dora’s Naturals,” says Kenyatta Bell, Founder and CEO of PALO. “This is a welcome development for the company as we strategically expand in the Northeast region and diversify our product with new flavors.” Bell, who developed PALO after tasting a fermented drink known as Mamajuana, made from roots harvested in the Dominican Republic, began to sell his own wild-harvested brew locally in New York City back in 2008. Now, the original PALO Root Tea is sold throughout natural food stores in New York and with the reach of Dora’s Naturals, will have strong rollout in surrounding regions like New Jersey and Connecticut.

“We wanted to make sure that we developed the best quality, best tasting, root tea beverage in the market,” explains Bell. “We developed the Root Tea category because we felt there was an entire product offering missing that catered to true herbal tea enthusiasts who understand the functional benefits of adaptogenic herbs and who want to avoid caffeine.”

PALO’s distribution with Dora’s Naturals is a valuable and appropriate step forward. Being a natural and organic food and beverage distributor, Dora’s Naturals is known in distribution circles as a company that provides the highest quality of natural, organic and specialty foods and beverages to retailers in the Northeastern United States. Its wide reach brings PALO closer to a growing market of consumers looking for alternatives to carbonated and caffeinated beverages.

According to a new MarketResearch.com report, US sales of tea and ready-to-drink tea products are expected to reach $8.3 billion by 20141. This increase in demand is due to an overall growth in the distribution of tea drinks in convenience and natural food stores. An article from Beverage World further predicts that growth in the RTD category will be driven by teas that are high in antioxidants but paired with fruit flavors2. As a perfect example of each of those consumer-desired qualities, PALO expects to see their own exponential growth in 2012 with the launch of its new line of Root Tea flavors.

“The ideas for the flavors have come directly from the consumers,” Bell reveals. “We constantly sample and talk to our target market at local events and stores. Our customers rave about the flavor profile, but as the mass market grows increasingly aware of health issues, people kept asking us about a sugar-free version.” Demonstrating a consumer-focused R&D strategy, PALO is currently developing the new flavors to satisfy its core customers while encouraging new demographics to experience Root Tea.

Founded by Kenyatta Bell in 2007, PALO Root Tea is brewed from Mamajuana, a blend of 16 different wild-crafted roots and herbs from the Dominican Republic. The beverage is derived from the traditional system of herbal health and wellness practiced by the Taino Indians of the Dominican Republic. 100% natural tea, PALO contains phytochemicals, polyphenol antioxidants, vitamins and trace minerals that work together to support the body’s efficiency. Brewed with no preservatives, no additives, no natural flavorings, no colorings, and no juice concentrates, PALO Root Tea provides sustained energy and balance without caffeine and offers immune system support and stress-fighting qualities. With only 50 calories per serving, PALO is a uniquely delicious tea that combines cultural tradition with the taste and health benefits that consumers desire. For more information about PALO Root Tea, please visit www.drinkpalo.com.