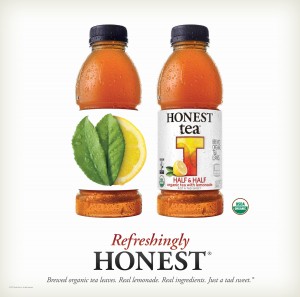 BETHESDA, Md. — America’s honesty has been put to the test!  Using data gathered from experiments conducted in all 50 states and Washington, D.C, the National Honesty Index has found that overall, Americans were 92 percent honest with Alabama and Hawaii tying for most honest state.

Beverage company HONEST Tea, which strives to make its products with transparency and honesty, developed the experiment to see how honest people are when it seems no one is looking.  The company set up unmanned kiosks stocked with its beverages and offered them for $1 on the honor system.

From July 8-18, 61 total locations throughout the country were tested, with data collected on how many people paid for the beverages.  Additionally, data was collected on participants’ characteristics including gender, hair color, hair length, facial hair, and whether or not they were wearing hats and sunglasses.

Some of the Results Include;

“We’ve conducted our experiment in different cities over the past few years, but this is the first time we’ve conducted the experiment on a national scale,” said Seth Goldman, co-founder and TeaEO of Honest Tea.  “Even though my bicycle was stolen the same day as our D.C. experiment, it’s reassuring to know that 92 percent of Americans will do the right thing even when it seems no one is watching.”

The complete National Honesty Index findings are available at www.NationalHonestyIndex.com.  Visitors to the site can use the data to compare the honesty of certain attributes – gender, hair color, hair length, etc. – vs. those of friends, spouses or colleagues, and share their profiles on Facebook or Twitter.

HONEST Tea will donate all of the funds collected to FoodCorps, a nationwide team of leaders that connects kids to real food and helps them grow up healthy.

HONEST Tea seeks to create and promote great-tasting, healthier, organic beverages and extend economic opportunities to communities in need. Founded in 1998 in Bethesda, MD, Honest Tea is the nation’s top-selling organic bottled tea company specializing in beverages that are just a tad sweet®.  HONEST Tea’s product lines include: ready-to-drink bottled teas, HONEST® Ade and HONEST® Kids organic thirst quenchers, HONEST® Freshly Brewed iced tea and new HONEST® Fizz naturally sweetened zero calorie sodas. All tea, juice drinks and kids varieties are USDA Organic and all tea varieties are Fair Trade Certified™.  In addition to being ranked by The Huffington Post as one of the leading “8 Revolutionary Socially Responsible Companies,” HONEST Tea is a multi-year winner of awards from the Alliance for Workplace Excellence.  HONEST Tea has won Men’s Health “Best Green Tea” for five years running and in 2012 was named one of Women’s Health magazine’s “125 Best Packaged Foods for Women.” HONEST Tea is an independent operating unit of The Coca-Cola Company.