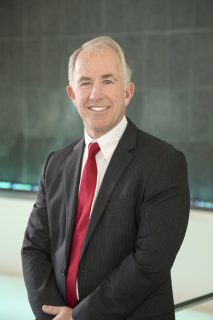 ATLANTA–(BUSINESS WIRE)–The Coca-Cola Company today announced that Barry Simpson, currently the company’s head of Global Business Unit IT Services, has been promoted to Chief Information Officer, effective immediately. In his new role, Simpson will oversee all of the company’s global information technology strategy, services and operations.

A nearly 30-year IT industry veteran, Simpson joined the Coca-Cola system in 2008 as Group CIO of the Coca-Cola Amatil (CCA) Group, a major Coca-Cola bottler based in Sydney, Australia. In this role he was responsible for the development and implementation of IT strategy for the CCA Group across multiple lines of business in six Asia-Pacific markets. He joined The Coca-Cola Company in Atlanta in January 2016 where he has been responsible for overseeing IT services provided to all of the company’s business units worldwide.

“Given the significant amount of change under way as we transform our business for the future, it’s important that we have an IT function positioned to protect our information technology and accelerate our growth around the world,” said James Quincey, President and Chief Operating Officer, The Coca-Cola Company. “Barry’s proven experience leading change will ensure the IT function is a partner in driving innovation, simplification and efficiency to create value for our customers and consumers, and, importantly, create a better experience for our employees.”

Before joining the Coca-Cola system, Simpson served in various IT leadership roles for Colgate-Palmolive based in Australia, Malaysia and the United States from 1990-2008.

He holds a Bachelor’s of Economics from Sydney University and is a graduate of the Australian Institute of Company Directors.

Simpson succeeds long-time Coca-Cola CIO Ed Steinike, who passed away earlier this year after a brief illness. Simpson has served as the company’s interim CIO during this period.

About The Coca-Cola Company The Coca-Cola Company (NYSE: KO) is the world’s largest beverage company, refreshing consumers with more than 500 sparkling and still brands and more than 3,800 beverage choices. Led by Coca-Cola, one of the world’s most valuable and recognizable brands, our company’s portfolio features 20 billion-dollar brands, 18 of which are available in reduced-, low- or no-calorie options. Our billion-dollar brands include Diet Coke, Coca-Cola Zero, Fanta, Sprite, Dasani, vitaminwater, Powerade, Minute Maid, Simply, Del Valle, Georgia and Gold Peak. Through the world’s largest beverage distribution system, we are the No. 1 provider of both sparkling and still beverages. More than 1.9 billion servings of our beverages are enjoyed by consumers in more than 200 countries each day. With an enduring commitment to building sustainable communities, our company is focused on initiatives that reduce our environmental footprint, create a safe, inclusive work environment for our associates, and enhance the economic development of the communities where we operate. Together with our bottling partners, we rank among the world’s top 10 private employers with more than 700,000 system associates. For more information, visit Coca-Cola Journey at www.coca-colacompany.com, follow us on Twitter at twitter.com/CocaColaCo, visit our blog, Coca-Cola Unbottled, at www.cocacolablog.com or find us on LinkedIn at www.linkedin.com/company/the-coca-colacompany.