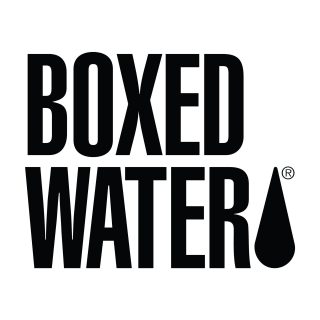 Grand Rapids, MI (November 4, 2016) – Boxed Water is Better, took to the streets to support Grand Rapid’s Greening Initiative, to further their commitment to reforestation. On Friday, Oct. 28, Boxed Water employees joined the ranks of more than 500 volunteers to help plant hundreds of trees across the city.

The new Greening Initiative, championed by Grand Rapids Mayor Rosalynn Bliss began earlier this year targeting areas of Grand Rapids with low tree canopy cover. The initiative strives to combat climate change, clean the city’s air and waterways, and reach a goal for the city to have a 40% canopy cover. With the help of The Urban Forest Project and Friends of Grand Rapids Parks, the city seeks to engage the entire community in growing a larger, healthier urban forest in Grand Rapids.

Boxed Water’s participation in the Greening Initiative is yet another extension of the company’s commitment to sustainability and support for reforestation. In 2015 Boxed Water launched its social philanthropy campaign #ReTree, in partnership with the National Forest Foundation, to plant one million trees by 2020 in U.S. National Forests. To date the program has resulted in the commitment to plant over 500,000 trees in areas of need.

For more information about ReTree’s planting progress and how to get involved in Boxed Water’s reforestation initiative, visit www.boxedwater.com/retree.

Boxed Water is a sustainable packaged-water company that enables socially conscious consumption by re-thinking the way water is sold, shipped and consumed. Founded in 2009, Boxed Water is an alternative to bottled water that is built on three principles: sustainability, design and philanthropy. The company has offices in Grand Rapids and Holland Mich. and is produced and filled in Holland, Mich. and Lindon, Utah.