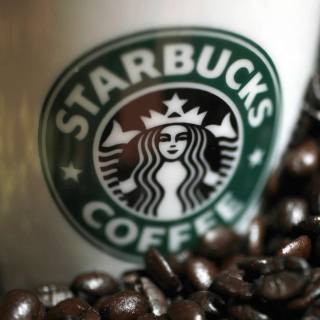 Howard Schultz may be stepping down from his position, but the visionary Starbucks chairman and CEO left the company with a clear path toward further growth for the next half-decade at the coffee giant’s biennial Investors Day in New York City on Wednesday.

In Schultz’s final appearance at the event as CEO, the Seattle-based coffee juggernaut unveiled a five-year strategic plan that aims, among other things, to grow revenue by 10 percent and open approximately 12,000 new stores globally by 2021.

“Industry-leading innovation is driving our core business and creating further separation from competitors all around the world,” said Schultz, who will be succeeded as CEO by current president and COO Kevin Johnson, in a press release. “Our Roasteries and Starbucks Reserve stores will further transform — and elevate — the Starbucks Experience we deliver to our customers, and are laying the foundation for our next wave of profitable, global growth. I have never been more energized or optimistic about the opportunities ahead as Kevin transitions to the CEO role and leads the most talented and experienced leadership team in Starbucks history.”

If anything, Schultz’s move to concentrate on developing Starbucks Reserve Roasteries, a large format store concept centered around premium drinks and specialized preparations, signals the Seattle-based brand’s intent to marshall and refocus its strongest assets for major new initiatives in both its own stores and via CPG channels. 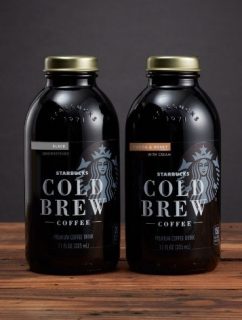 Starbucks is staking a significant portion of its grand ambitions on its Channel Development segment, which includes consumer packaged goods, licensed stores, foodservice, and RTD products. Over the next five years, the segment is expected to generate an incremental $1 billion in revenue and boost operating income by 75 percent. Through its 20-year North American Coffee Partnership deal with PepsiCo, Starbucks enjoys a commanding 97 percent of the RTD coffee market, having generated over $2 billion over the course of the agreement. Yet the brand’s dominance over the category is likely to be tested by Pepsi’s old rival Coca-Cola once the company unveils its new line of RTD iced coffee products, created in alliance with Dunkin’ Donuts, early next year.

Starbucks has no plans to cede ground to Coke in the RTD race, however. The company announced plans to release a new SKU to its bottled cold brew line called Cocoa and Honey with Cream in select U.S. cities by spring 2017. Through a separate partnership with beer conglomerate Anheuser-Busch, it will also launch Teavana Craft Iced Teas, a line of all-natural cold teas in four SKUs, in select markets next year.

Customers should also expect a dramatically overhauled retail experience in the form of Starbucks Roasteries and Starbucks Reserve, a pair of store concepts aimed at pushing coffee premiumization. Starbucks Roasteries, the first of which opened in Seattle two years ago, will be over 20,000 square foot, multi-level locations dedicated to coffee roasting and education, in addition to increasing the availability of Starbucks Reserve coffees, all of which will be roasted on premise. The forthcoming New York City location will reportedly also feature fresh-baked bread and a 45-foot long mixology bar that serves spirits.

The company plans to open up to 30 Roasteries, including in Shanghai and Tokyo.

The Roasteries will also serve as launch pads for new menu offerings. The Smoked Butterscotch Latte became the first item born from the Roastery to become a limited-time offering at retail stores; next, Starbucks plans to debut the Cascara Latte, made from the fruit of the coffee cherry, in stores nationwide in January.

That high-end vibe will then extend to 1,000 planned Starbucks Reserve stores, which will “integrate the theatre and romance of the Roastery with the unique culinary experience” of the company’s new Italian food partner, Princi” in a smaller space. Elements of the Roastery experience will also be integrated into about 20 percent of Starbucks’ existing retail stores by 2021.

Further announcements from Wednesday’s event included the revelation of a digital ordering system that uses artificial intelligence technology, and detailed the company’s aggressive expansion into China.